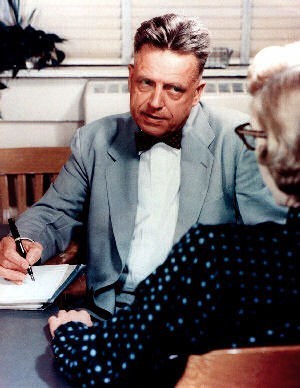 Photo by William Dellenback, © The Kinsey Institute; via Wikimedia Commons

A photo of Dr. Alfred Kinsey interviewing a woman. Personal interviews were a key part of his research into human sexuality.

Kinsey was born in 1894. This photo was taken by William Dellenback, and the Kinsey Institute website says that Dellenback "came to the institute in 1949 after working in his own studio in New York." So the photo was presumably taken sometime between 1949 and Kinsey's death in 1956.

See our biography of Alfred Kinsey 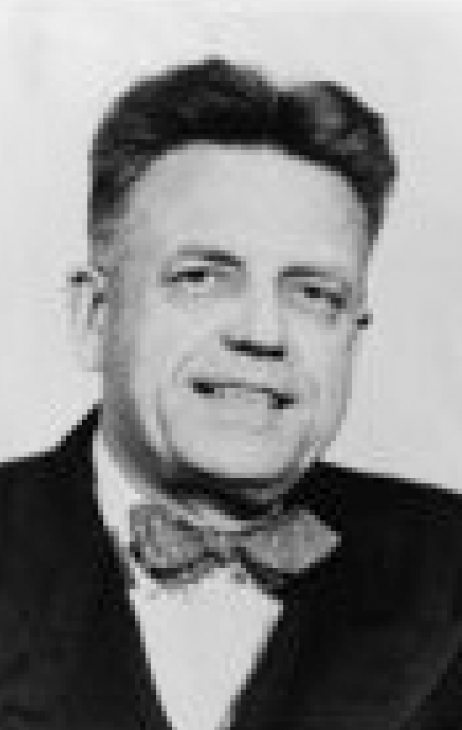