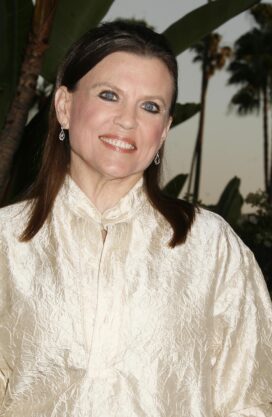 Ann Reinking was a well-known Broadway dancer and choreographer, best known as a leading acolyte of the style and techniques of Broadway legend Bob Fosse.

Ann Reinking got her first break dancing in Fosse’s hit musicals of the 1970s, moving from the chorus in Pippin to the lead in Chicago (where she replaced Fosse’s wife Gwen Verdon). Reinking also had a love affair with Fosse, and later played his lover in the director’s semi-autobiographical 1979 movie All That Jazz (starring Roy Scheider as Fosse).

Ann Reinking gained new fame when she choreographed and starred in the 1997 Broadway revival of Chicago. She also founded the Broadway Theater Project, a Florida training program connecting students with seasoned theater professionals. Moviegoers also recognized her as Grace, the secretary and love interest of Daddy Warbucks, in the 1982 film version of Annie. She also was one of the dance judges of the Grand Finals in the 2005 documentary Mad Hot Ballroom.

Ann Reinking’s name is pronounced “rhine-king”…  Ann Reinking died unexpectedly on December 12, 2020. Per The Washington Post: “Her husband, Peter Talbert, confirmed the death, saying she died overnight in a hotel room, while visiting family members in her hometown. He said she had heart ailments in the past and that an autopsy was being conducted to determine the cause. He said it was not related to Covid-19.”

Something in Common with Ann Reinking