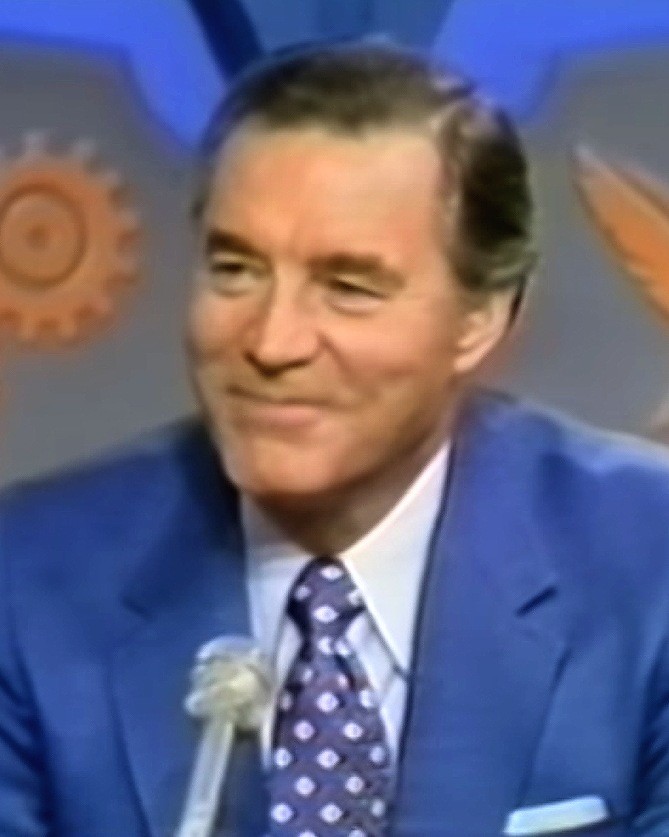 Art Fleming hosted the original version of the TV quiz show Jeopardy! from 1964 to 1975.

The show’s popularity and distinctive format — contestants were given an answer and had to ask the right question — made Art Fleming one of TV’s best-known quiz hosts. He also hosted a brief revival of Jeopardy! during the 1978-79 season.

Jeopardy! was resurrected in a syndicated version in 1984, with Alex Trebek replacing Fleming as host. But Art Fleming remained a fan favorite after retirement, even making an appearance in the ‘Weird Al’ Yankovic music video parody “I Lost on Jeopardy.”

Art Fleming is no relation to Ian Fleming, the creator of James Bond… Art Fleming was cremated after his death and his ashes were scattered at sea, according to the FindAGrave website.

Something in Common with Art Fleming