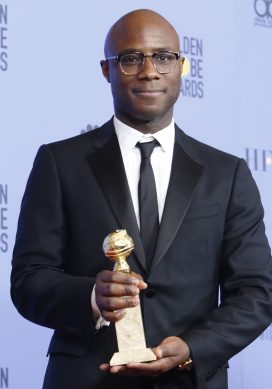 The second feature film from Barry Jenkins was Moonlight, a critical and box office success in 2016 that won a Golden Globe as the year’s best drama and then the Oscar for best picture.

Barry Jenkins grew up in Miami and went to Florida State University, where he became an English major. By his third year in college, however, he’d begun studying filmmaking and made his first short film, 2003’s My Josephine.

His first feature film was 2008’s Medicine for Melancholy, the story of two African-Americans in San Francisco that explored themes of race and class and relationships.

Moonlight, the story of a young man trying to understand masculinity and sexuality, also brought Golden Globe and Oscar nominations for supporting players Naomie Harris and Mahershala Ali, and for Jenkins as director. (Ali won the Oscar as best supporting actor.)

At the 2017 Oscar ceremony, Moonlight was name best picture winner — only after the movie La La Land was first announced erroneously.

Something in Common with Barry Jenkins