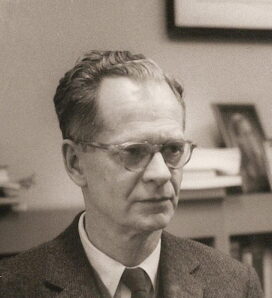 B.F. Skinner was one of the 20th century’s most famous psychologists, known especially for his emphasis on behaviorism. After earning a doctorate in 1931, Skinner built his work on the conditioned response theories of Ivan Pavlov. A professor at Harvard University for many years, Skinner authored several books, including The Behavior of Organisms (1938), Beyond Freedom and Dignity (1971) and the novel Walden Two (1948). He developed the “air-crib,” a modified crib designed to take care of infants’ needs, and the Skinner box, a laboratory device for animal experimentation, designed to study responses to external stimuli.

The old rumor that B.F. Skinner raised his own daughter in a box as some sort of experiment is completely untrue. He did construct what he called a “baby tender”: an enclosed crib which circulated warm air to keep the baby comfortable.

Something in Common with B.F. Skinner