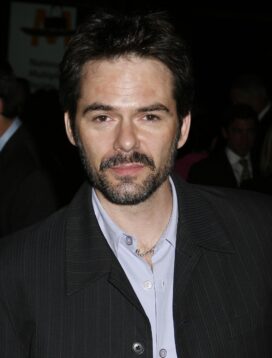 Dark-haired Billy Burke was a character actor with a pile of small roles behind him when he landed the part of Officer Charlie Swan in the 2008 movie Twilight. Burke was phaser fodder in a 1994 episode of Deep Space Nine and then guest-starred on other TV series including 24, Party of Five, Gilmore Girls and My Boys. On film, Burke’s dimpled he-man chin made him a natural for both thrillers (like Along Came a Spider in 2001, and Fracture in 2008) and satire (Jane Austen’s Mafia! in 1998). “I tend to gravitate towards characters that carry their damage in their hip pocket,” he told the fan site Twilight Lexicon in 2008. Twilight brought him a blast of fame: as the divorced father of Bella Swan (Kristen Stewart), he’s the reason Bella moves from Arizona to tiny Forks, Washington, where she meets mysterious ol’ vampire Edward Cullen. Burke was cast to reprise the role in the sequels New Moon (2009) and Eclipse (2010).

Burke is an avid poker player who has appeared at times on TV poker shows… He has a daughter, born in 2008, with actress Pollyanna Rose… Billy Burke is no relation to Billie Burke (1884-1970), who played Glinda the Good Witch in The Wizard of Oz (1939).

Something in Common with Billy Burke