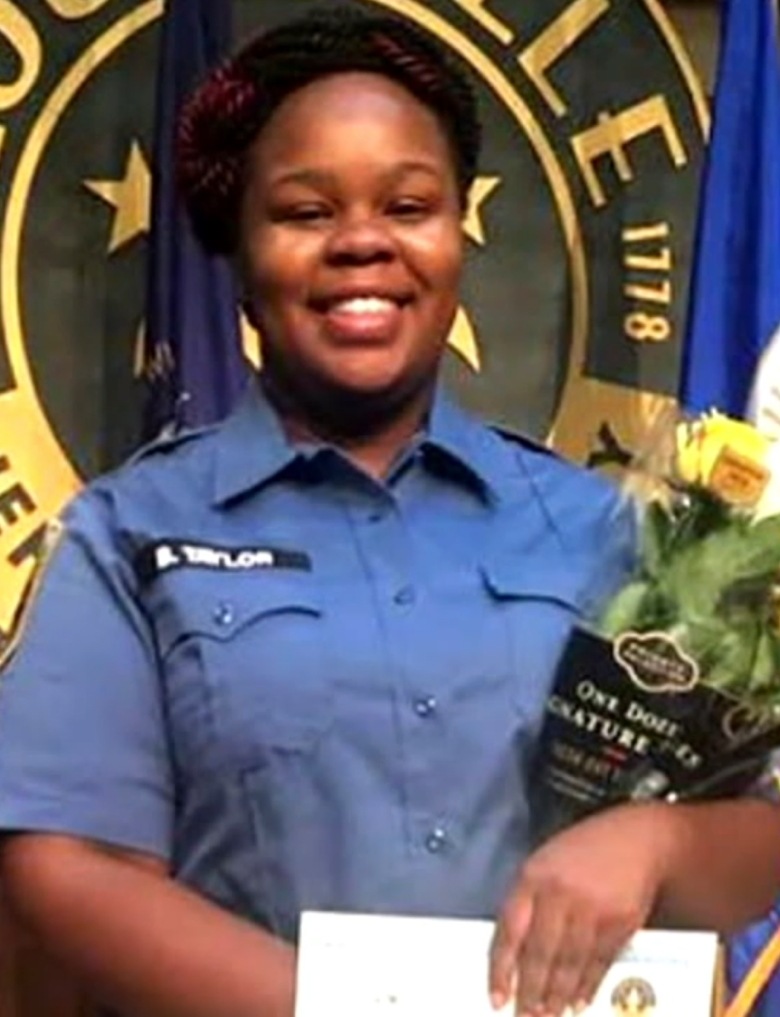 Breonna Taylor was fatally shot by officers of the Louisville (Kentucky) Metropolitan Police Department on March 13, 2020, after they burst into her apartment to execute a search warrant around 1 a.m.

Born in Michigan, Taylor grew up in Louisville, where she attended high school and college before being trained as an Emergency Medical Technician.

At the time of her death, she worked in two hospitals as an Emergency Room technician.

Police in Louisville intended to search Taylor’s home in connection with an investigation into her ex-boyfriend, who had been arrested at a different location earlier.

Sloppy police work left them thinking Taylor was home alone, but she was with Kenneth Walker, her boyfriend.

Taylor and Walker were watching TV in bed when the police arrived. The police said they announced themselves before ramming the door, Walker said they did not.

Walker fired as the intruders entered and wounded a police officer. (Walker possessed the gun legally and had no criminal record.)

The three officers returned fire (one officer fired blindly and was later charged with wanton endangerment), and Breonna Taylor was shot six times (Walker was not). She died shortly after being shot.

Because of the shooting, the search of Taylor’s home was never conducted.

Walker was initially charged with attempted murder, but the charges were dropped.

Taylor’s death led to widespread protests in the United States for police reform. No police officers were charged in her death, leading to even more protests.

The officers involved in the shooting were Jonathan Mattingly, Brett Hankison and Myles Cosgrove. Mattingly was injured by Walker when the police entered Taylor’s home. Hankison was indicted in September of 2020 on three counts of wanton endangerment for firing bullets into the neighbors’ walls and windows (the LMPD had fired Hankison earlier, in June).