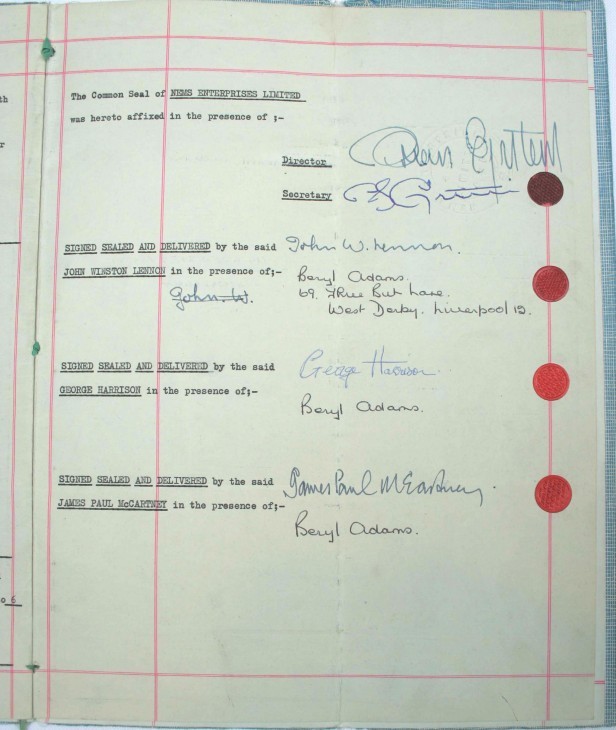 The Beatles' first ever contract with legendary manager Brian Epstein is set to fetch a staggering $500,000 (£250,000) at auction. The historic document, which launched the Fab Four on the road to global superstardom, was signed by John Lennon, Paul McCartney, George Harrison, and Ringo Starr in January 1962. McCartney and Harrison's fathers also added their signatures, as the stars were under 21 at the time. But it was more than eight months later that Epstein signed it - after securing the band a record deal with EMI. 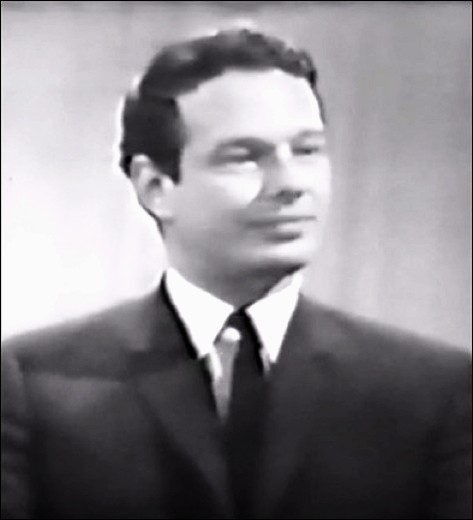 See our biography of Brian Epstein 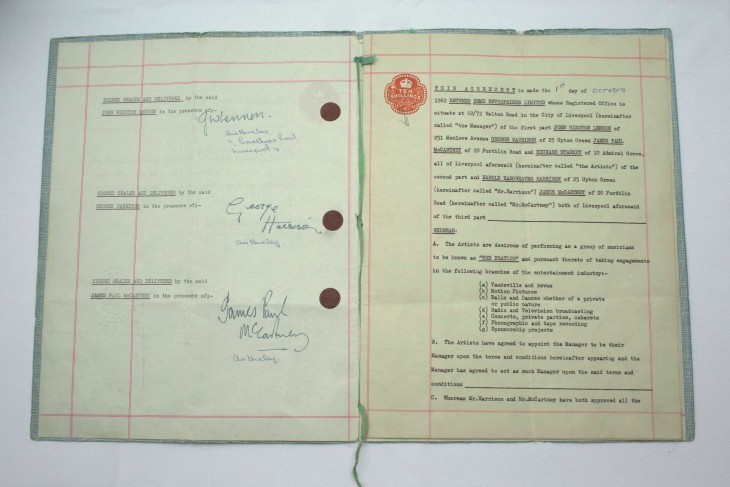