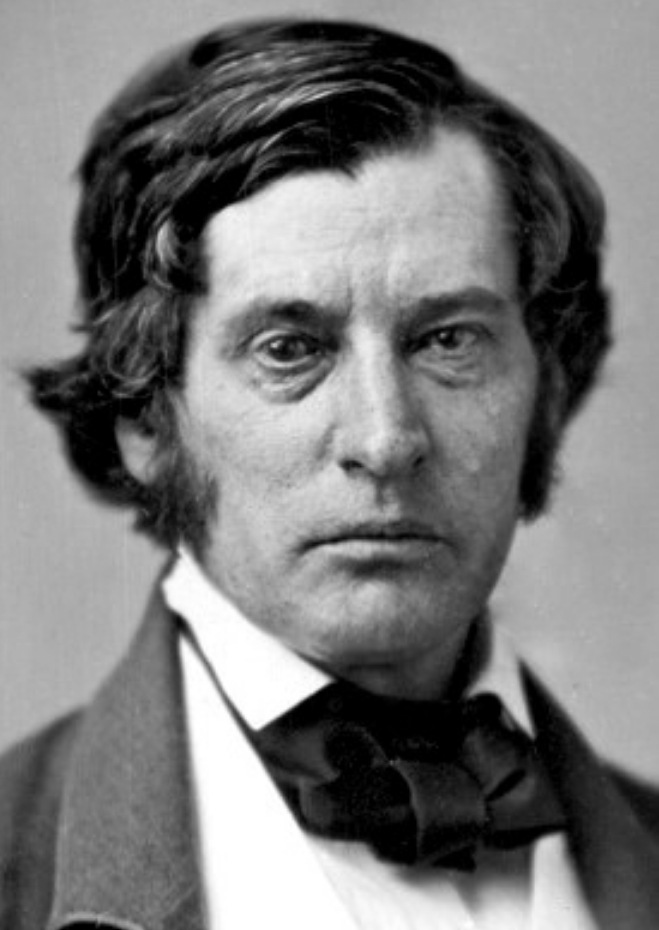 Photo and brief remarks on his career

The Speech of Senator Charles Sumner

His testy back-and-forth with Senator Hill, plus a link to his full famous speech

The Caning of Senator Charles Sumner

The U.S. Senate has the story of his famous beating

Charles Sumner was a U.S. Senator from Massachusetts (1851-74) who was active in the movement to abolish slavery and to give equal rights to black Americans before and after the Civil War.

Charles Sumner was one of the most powerful members of the Radical Republicans, whose insistence on immediate equal rights for blacks (and punitive measures against slaveowners) caused him to clash with presidents Abraham Lincoln, Andrew Johnson and Ulysses Grant.

In 1856, Charles Sumner read on the Senate floor a hot-tempered speech, “The Crime Against Kansas,” in which he condemned his opponents on the issue, including South Carolina’s Senator Andrew P. Butler. Two days later Preston Brooks, Butler’s nephew and a Congressman from South Carolina, entered the Senate chamber and beat Sumner unconscious with a cane.

Preston Brooks was a hero to his South Carolina constituents and was re-elected; Charles Sumner, who was carried from the floor bleeding and took three years to recover from the beating, was a martyr to his constituents in Massachusetts and was re-elected the next year (and again for two more terms after that). Five years after the attack, in 1861, the American Civil War began.

Something in Common with Charles Sumner