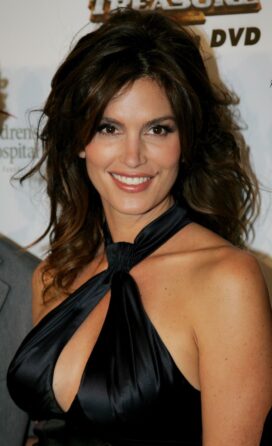 Cindy Crawford was the highest-paid and the most prominent American supermodel of the 1990s. As an actress she appeared in the movie Fair Game, and she is the former host of MTV’s House of Style. She was famously married to actor Richard Gere from 1991-95, and continues to appear on magazine covers, both as a model and as a subject of tabloid gossip. In 1998 she married former model Rande Gerber.

Crawford was valedictorian of her high school class.

Something in Common with Cindy Crawford