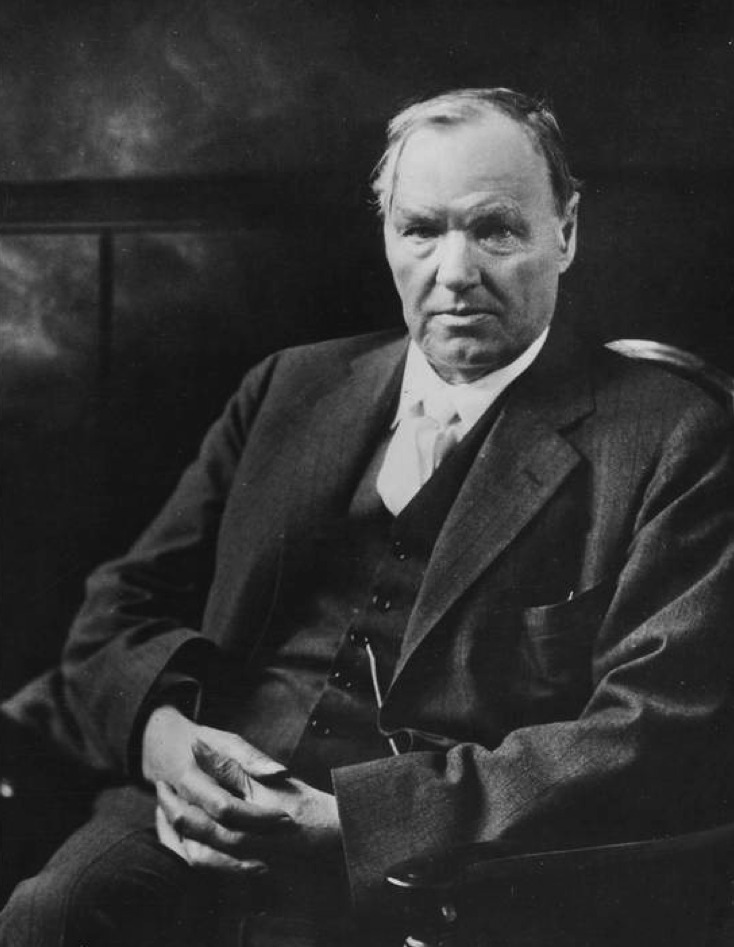 At the peak of his career in the 1920s, Clarence Darrow was the most famous trial lawyer in the United States.

He grew up in Ohio and began practicing law there in 1878, settling in Chicago, Illinois in 1888 as the corporate counsel for the Chicago and Northwestern Railroad.

In 1894 he switched sides and resigned from the railroad to represent union leader Eugene Debs, who had been indicted in a conspiracy case.

For the rest of his career, Darrow was known as a champion of the underdog, nationally famous for his strident opposition to capital punishment and as the defense counsel in two of the biggest trials of the period: the murder trial of Nathan Leopold and Richard Loeb (1924), and the so-called “Monkey Trial” of John Scopes, a schoolteacher barred from teaching evolution (1925).

Darrow’s oratorical skills and quick wit made him famous in and out of the courtroom, and he was a hero in intellectual circles for his progressive politics.

He retired from regular practice in 1927 and devoted his time to lecturing on law, social issues and religion.

In the Scopes Trial, Darrow, an agnostic, was pitted against political orator William Jennings Bryan, who held a fundamentalist interpretation of the Bible. Bryan, a former Secretary of State under Woodrow Wilson, was a Democratic party leader and longtime presidential hopeful who had volunteered to help prosecute Scopes. Bryan took the witness stand in defense of the Bible’s creation story and was subjected to Darrow’s mocking examination of the book of Genesis. The trial’s fame rests on the shouting matches between Darrow and Bryan over science and religion. Although Darrow lost the case, he was depicted at the time as having out-talked Bryan… Darrow was the inspiration for the character of Henry Drummond in Inherit the Wind, the 1955 play based on the Scopes trial. Drummond was played by Paul Muni in the original Broadway cast, by George C. Scott in a 1996 Broadway revival, and by Spencer Tracy in the 1960 feature film.

Something in Common with Clarence Darrow