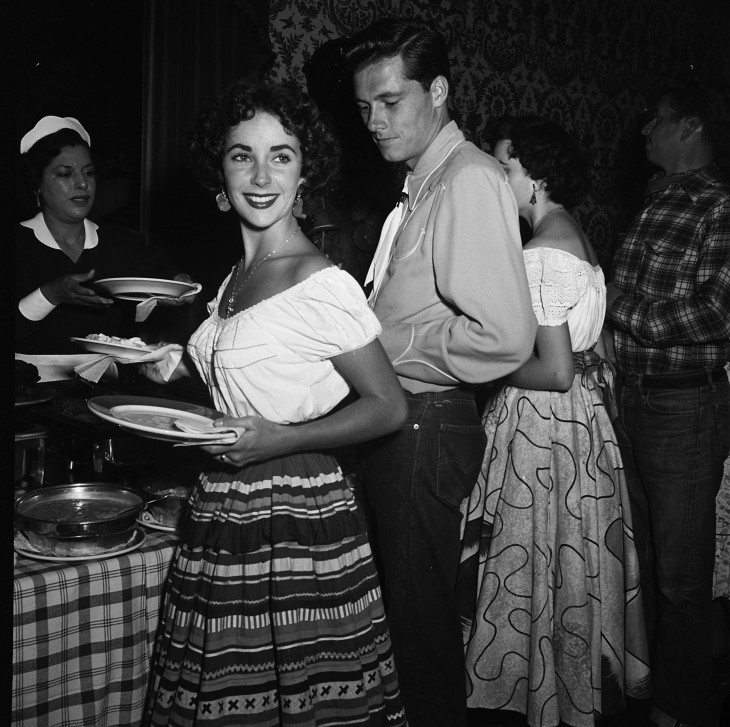 Elizabeth Taylor and Conrad Hilton, Jr. ("Nicky") in 1950, the year they were married. Nicky is the son of the original Conrad Hilton, founder of the Hilton Hotels chain.

Notes the photo from WENN.com: Famed photographer has sites set on Hilton wedding. An 82-year-old photographer who covered ELIZABETH TAYLOR's 1950 wedding to CONRAD HILTON has offered his services to the late hotel heir's great nieces PARIS and NICKY. Famed celebrity snapper Murray Garrett has long been associated with the Hilton's, who own many of his iconic shots. And the snaps taken at Conrad Hilton's wedding are among several Garrett originals which have helped many visualize the golden age of Hollywood society. The Hilton girls and their mother Kathy attended the launch of Garrett's latest exhibition at the Photographer's Gallery in Los Angeles on Friday night (27Jun08) - and the famed snapper admits he would love to capture the sisters' big wedding days. He says, "I would be honored to accept such an invitation." The girls' mother Kathy adds, "I don't think my daughters will marry in the near future but when they do I'm sure that they would be honored if Murray Garrett could be there." Paris Hilton is one of Garrett's number one fans - she owns a famous Marilyn Monroe snap the photographer took at the beginning of the late actress' career. (KL/WN/MJ) Kathy Hilton 'The Good Life' photographs by Murray Garrett, held at the Photographers gallery Los Angeles, California - 27.06.08
THESE IMAGES MUST NOT BE SOLD/DISTRIBUTED AT ANY TIME WITHOUT THE WORDS**
Photo supplied by WENN

See our biography of Conrad Hilton 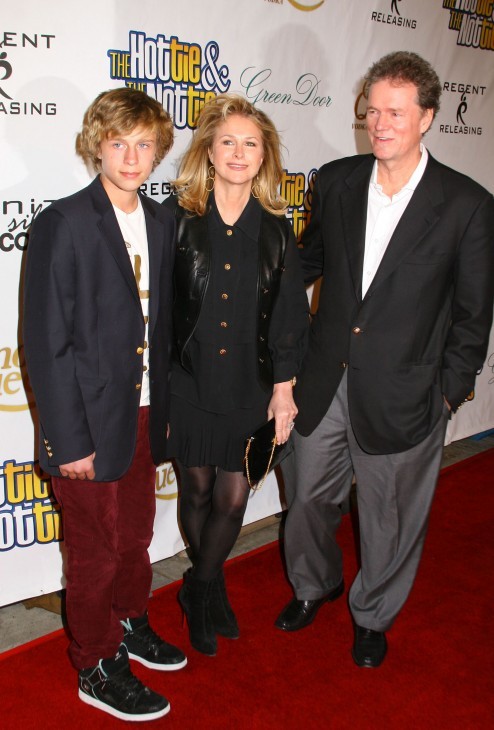 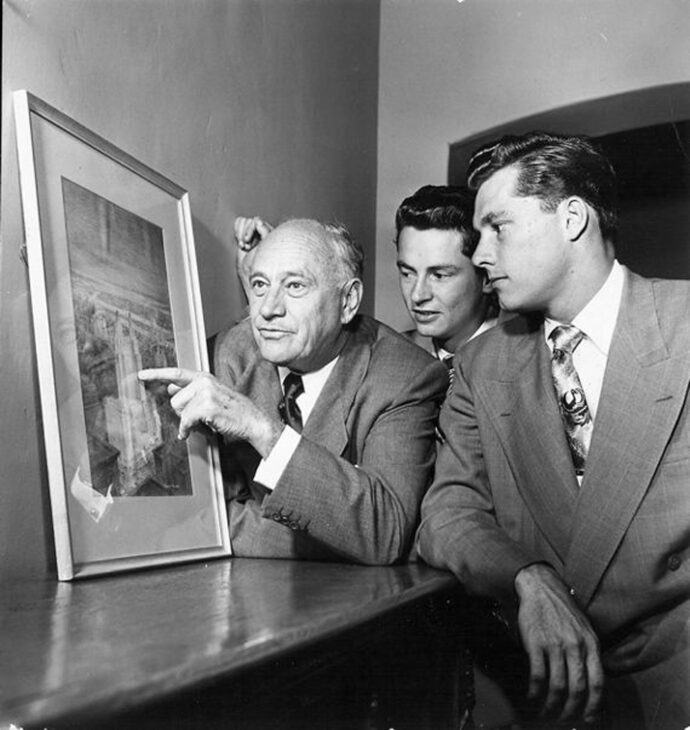