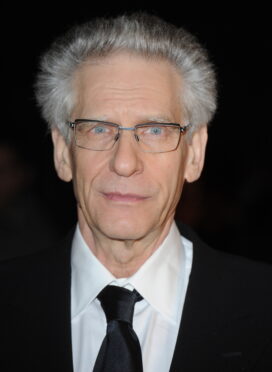 Filmmaker David Cronenberg is famous for gruesome horror films as well as mainstream art house movies, from Videodrome and The Fly, to Eastern Promises and A Dangerous Method.

David Cronenberg is a native of Toronto. His ambitions turned from literature toward the cinema while he attended the University of Toronto, and he began making experimental films there in the mid-1960s. He graduated in 1967 and made his first feature film in 1969, but it wasn’t until the late 1970s and early ’80s that Cronenberg got international notice, thanks to the horror films Rabid (1977), Scanners (1981) and Videodrome (1983).

Cronenberg had a box office hit with The Fly (1986), a horror/romance remake in which a scientist (Jeff Goldblum) accidentally merges his body with that of a housefly. Cronenberg followed that with what some critics called a “masterpiece,” a weird tale of twin perverts called Dead Ringers (1988, starring Jeremy Irons).

During the 1990s Cronenberg amassed artistic street cred with film versions of the offbeat literary classics Naked Lunch (1991, based on the William S. Burroughs book) and Crash (1997, based on the the J.G. Ballard book), and in the 2000s he emerged with a reputation as a mature auteur.

A favorite of the film festival crowd, David Cronenberg makes cerebral, anxious and sometimes gory dramas that get mainstream distribution, thanks in part to the star power of actors like Viggo Mortensen (2005’s A History of Violence, 2007’s Eastern Promises and 2011’s A Dangerous Method) and Robert Pattinson (2012’s Cosmopolis, based on the novel by Don DeLillo). Cronenberg’s other films include The Dead Zone (1983, starring Christopher Walken), Existenz (1999, starring Jude Law) and Spider (2002, starring Ralph Fiennes).

David Cronenberg’s sister, Denise Cronenberg, has done the costume design on more than a dozen of his films, starting with The Fly in 1986.

Something in Common with David Cronenberg