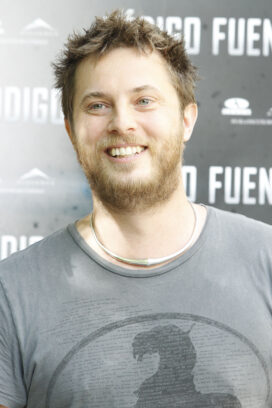 Filmmaker Duncan Jones studied philosophy and worked in advertising before making a name for himself as a novice film director at age 38, with the science fiction movie Moon. Duncan Jones grew up being known publicly as Zowie Bowie — Zowie being a middle name given to him by his father, rock star David Bowie. (Privately, Jones went by the name Joey.) After boarding school in Scotland, Jones went to Ohio’s College of Wooster and earned a degree in philosophy in 1995. He entered a doctoral program in philosophy that same year at Tennessee’s Vanderbilt University, but left in 1997 to study filmmaking at the London International Film School (now London Film School). Duncan Jones cut his teeth behind the camera working for filmmaker Tony Scott, then worked doing promotional and advertising videos, including a controversial 2006 campaign (known as “women kissing women”) for the fashion company French Connection U.K. Duncan Jones made his feature film debut in 2009 with Moon, a lonesome-man-in-space drama starring Sam Rockwell (and the voice of Kevin Spacey). Critics loved it and Jones won a BAFTA award for outstanding debut by a filmmaker. His next movie was the 2011 sci-fi train thriller Source Code, starring Jake Gyllenhaal and Vera Farmiga, and he also directed the fantasy epic Warcraft (for release in 2016).

Duncan Jones gets his last name from his father: David Bowie’s real name is David Robert Jones. Duncan Jones is the only child of Bowie and his first wife, the model Angela Barnett; they were married from 1970-80. Duncan has a half-sister, Alexandra (b. 2000), who is David Bowie’s daughter with his second wife, Iman… The Las Vegas band Zowie Bowie, fronted by singer Chris Phillips, is no relation to Duncan Jones or to David Bowie.

Something in Common with Duncan Jones