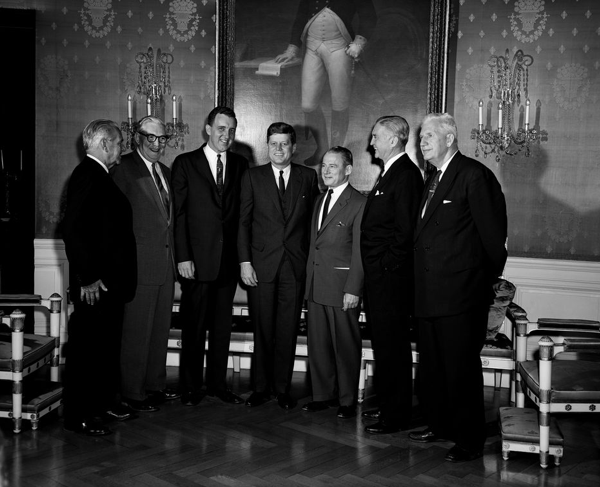 Edmund Muskie with some old-time politicos

Brash young man Edmund Muskie (third from left) joins President John F. Kennedy and other leaders at a Congressional Coffee Hour in the Blue Room of the White House on March 23, 1961. Muskie was a senator from Maine at the time.

See our biography of Edmund Muskie 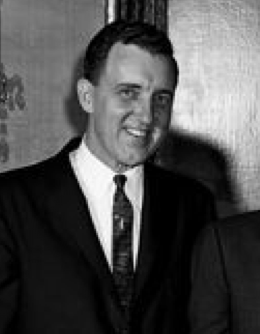