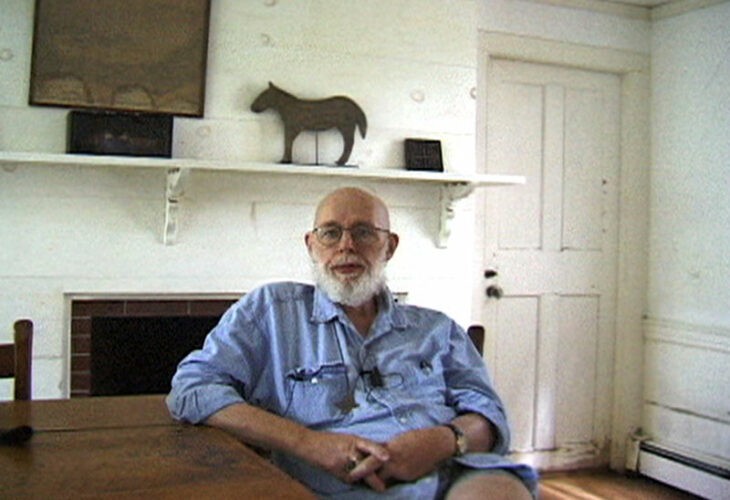 The artist Edward Gorey, seen at his home at Yarmouth on Cape Cod in Massachusetts in August of 1999.

The photo was taken by Christopher Seufert of Mooncusser Films, who at the time was working on a documentary with Gorey.  Seufert later made this photo available through a Creative Commons CC0 1.0 Universal Public Domain Dedication license.

Gorey died in April of 2000, eight months after this photo was taken.

See our biography of Edward Gorey