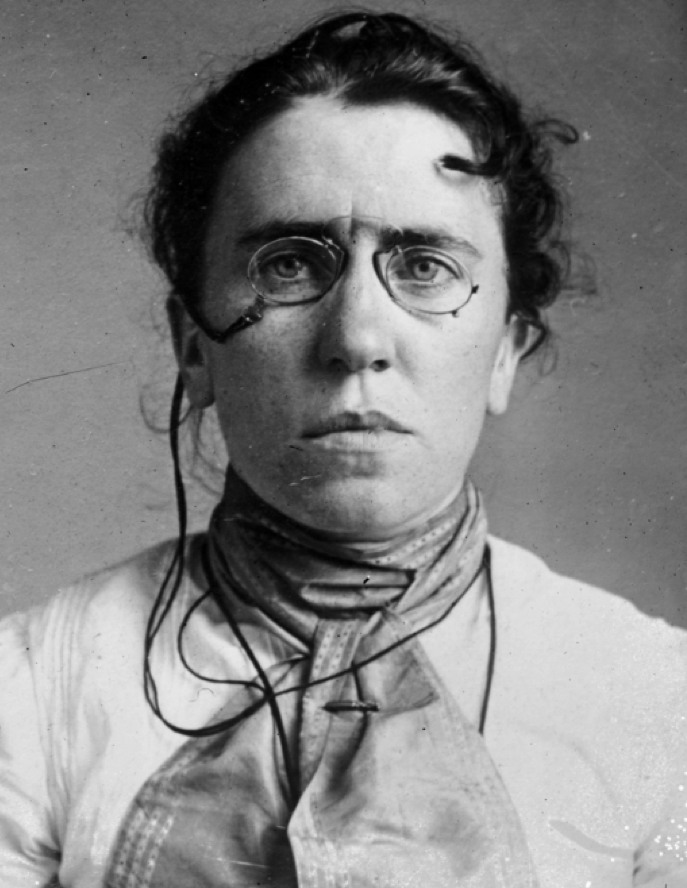 Emma Goldman was a social and political activist and the founder of the anarchist publication Mother Earth in the early 20th century.

A Jewish immigrant by way of Russia and Germany, she involved herself in labor disputes not long after moving to the United States in 1885. Goldman was jailed for inciting a riot in New York City in 1893.

Goldman founded the monthly Mother Earth in 1906 and became internationally famous for her rousing speeches at anarchist congresses and for her work in urban slums.

Her advocacy of workers’ rights, free love, birth control, women’s rights and a secular society got her arrested many times, and earned her the nickname “Red Emma.” When she and her longtime partner Alexander Berkman challenged federal conscription rules in World War I she was deported to the Soviet Union in 1919.

Let down by the communist society in Russia, Goldman left in 1923 and published My Disillusionment in Russia.

Her career continued in Europe and she continued to publish, including her autobiography, Living My Life (1931).

Goldman’s ideas on feminism, anarchism, sex and various social and political problems have made her a foundational figure to modern American leftists.

Something in Common with Emma Goldman