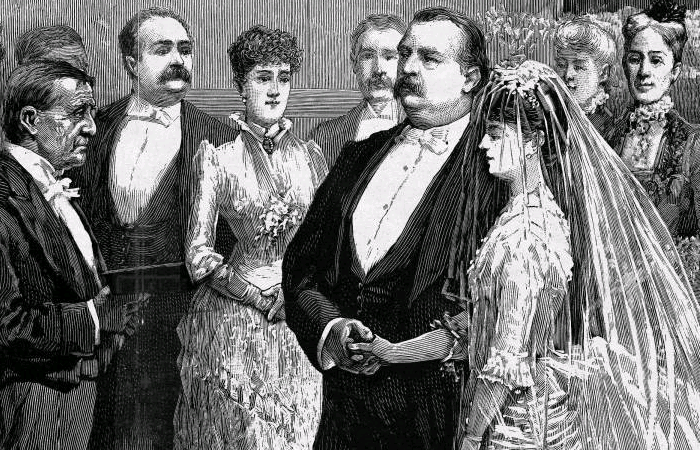 A sketch of the marriage of Frances Folsom (far right) to President Grover Cleveland in the White House on June 2, 1886.  It was the first wedding ever held at the White House. The drawing, by T. de Thulstrup, appeared in Harper's Weekly for June 12, 1886.  Cleveland was 49 and Folsom was 21 when they married.  (Image via Wikimedia Commons.) 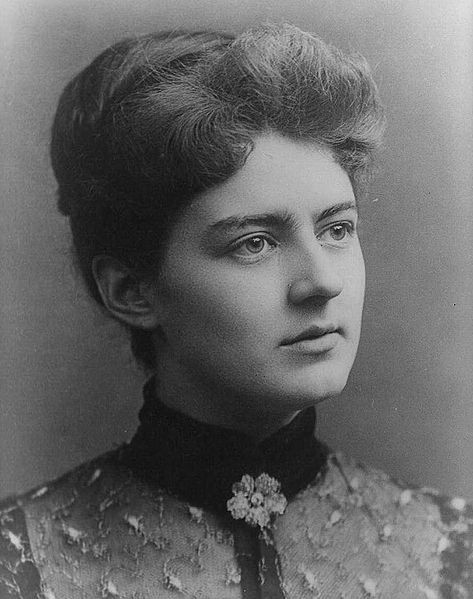 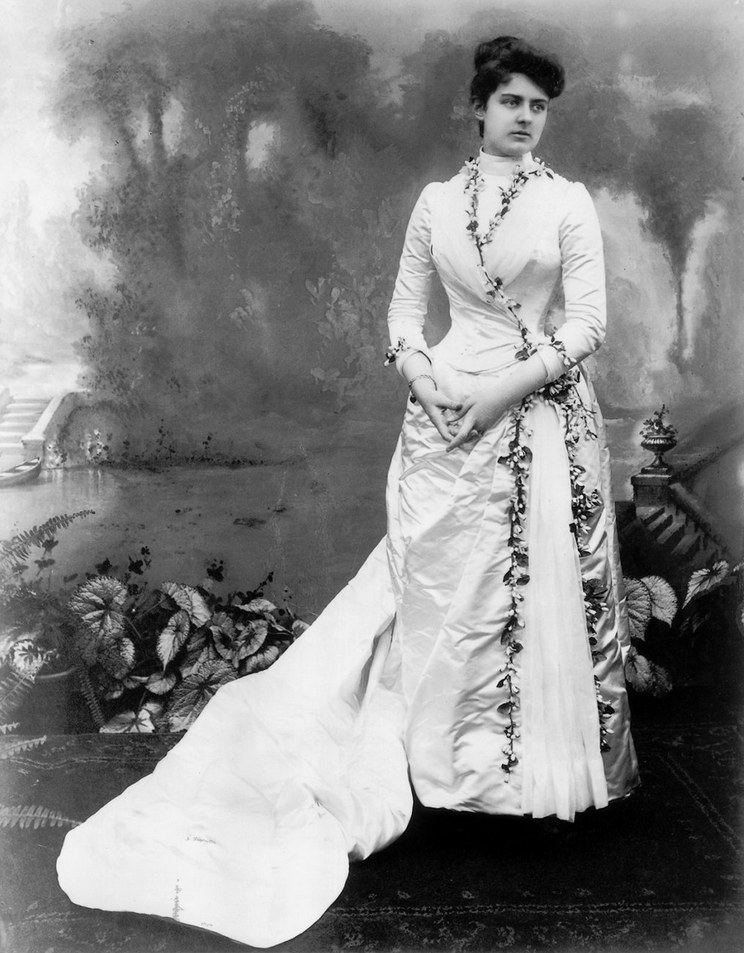 See our biography of Frances Cleveland 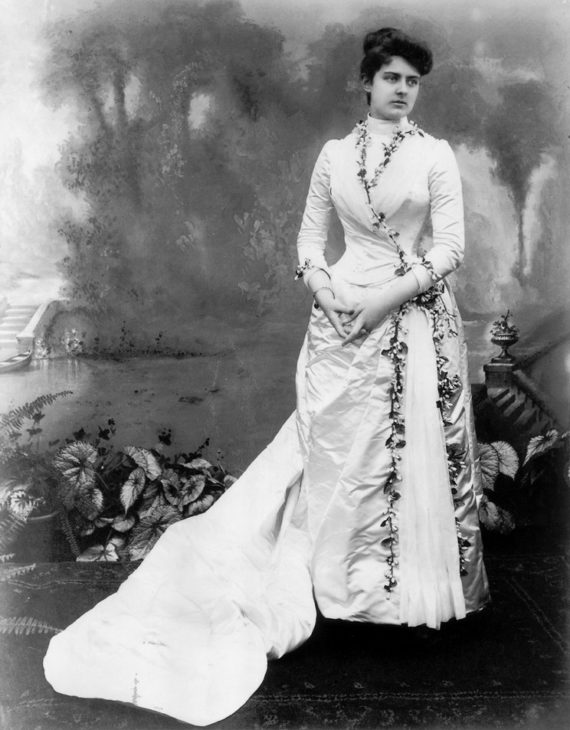