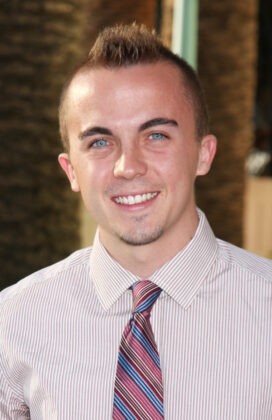 Frankie Muniz is best known as the young lead of the television comedy series Malcolm in the Middle (2000-06). Muniz has worked in television since the late 1990s, but he became an overnight sensation as Malcolm, an intelligent, guileless boy in a family of crazies. While on Malcolm he did guest shots on TV and lead roles in youth comedies, including Big Fat Liar (2002, starring Paul Giamatti) and Agent Cody Banks (2003, with Hilary Duff). A perennial Teen Choice Award nominee, Frankie Muniz moved into professional auto racing as he got older. He signed on with Jensen Motorsport as a driver in 2005 and raced in the Formula BMW USA series (2006) and the Champ Car Atlantic series (2007), claiming he was more interested in driving than acting. Muniz’s feature films include My Dog Skip (2000, with Kevin Bacon), Agent Cody Banks 2: Destination London (2004) and Stay Alive (2006).

Something in Common with Frankie Muniz