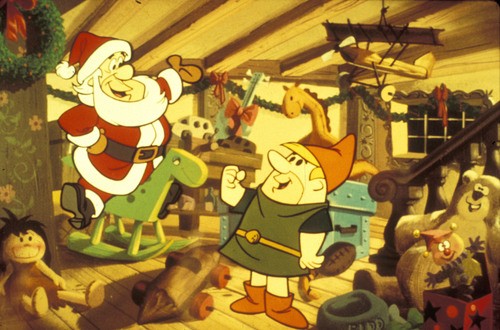 Fred Flintstone dressed as Santa (!) in ‘A Flintstones Christmas’

Fred Flintstone (in Santa Claus outfit) and his pal Barney Rubble (as an elf) smile together during the 1977 TV special A Flintstones Christmas, which aired on NBC TV. Through a series of unlikely machinations, including an ankle sprain that sidelines the real Santa Claus, Fred Flintstone is recruited to deliver packages to the world's children in Santa's flying sleigh on Christmas Eve.

The show's plot carefully skirts the question of why the Flintstones, a "Stone Age family," would celebrate Christmas when the Stone Age began 2.5 million years before the birth of Jesus of Nazareth. Even the so-called New Stone Age began 300,000 years before Christ, making both Santa and "Christmas Eve" nonsensical in this context. This contradiction goes unexplained for the show's entire 48-minute run time.

Also, in keeping with the show's obsession with stone-related parody names, Santa Claus should really have been named Sandstone Claus or Santa Quartz or something in that vein. (Pun intended.) All in all, this episode was just not up to the usual logical exactitude we expect of The Flintstones.
PREVIOUS

See our biography of Fred Flintstone 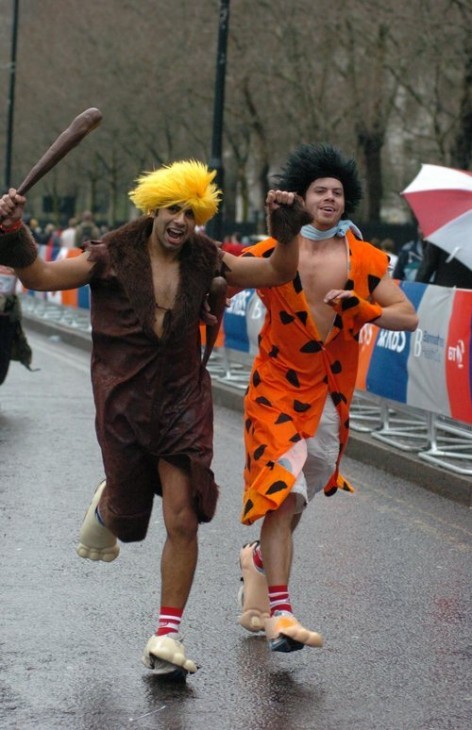 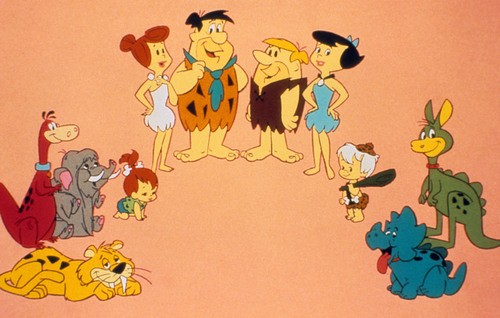