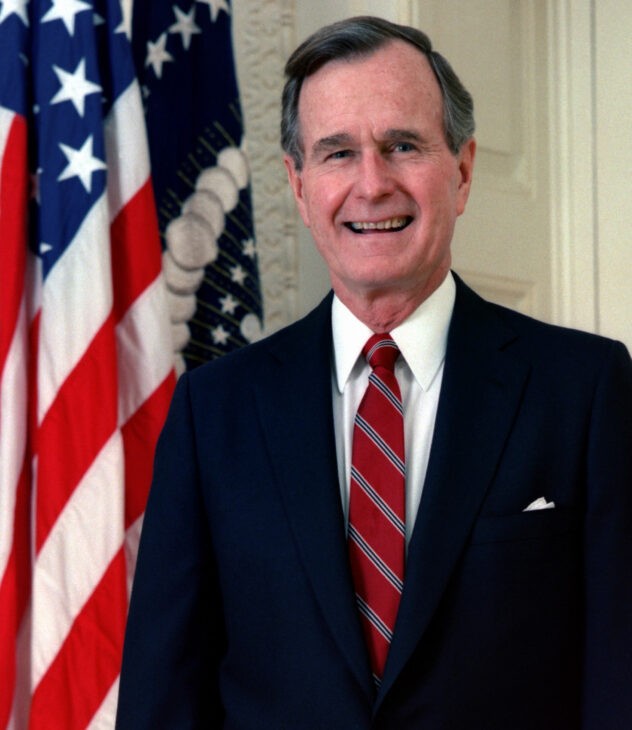 Photo of George Bush the Elder, taken on January 1, 1989.  At that time Bush was finishing out his term as vice president under Ronald Reagan, and was himself about to be inaugurated as president.  A Republican, Bush served one term (1989-93) and was succeeded by Democrat Bill Clinton. 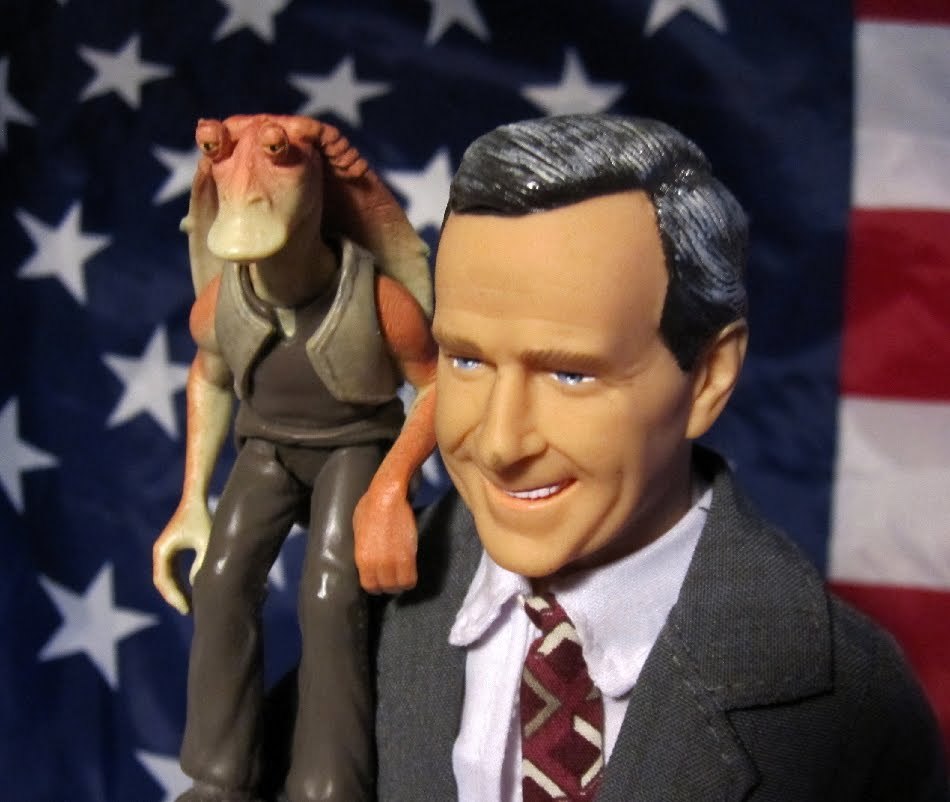 See our biography of George Bush 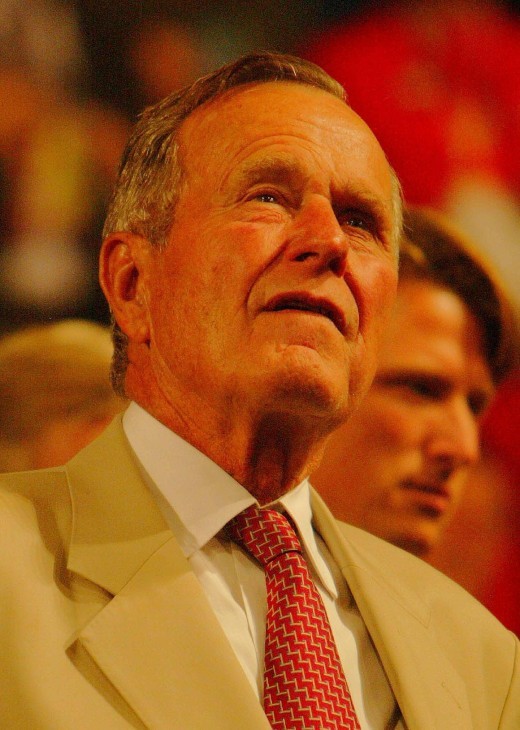