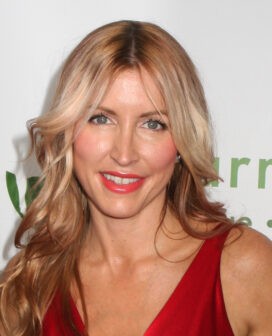 Heather Mills, an activist and former model, gained fame in 1999 when she began dating legendary musician Paul McCartney. The two announced their engagement in July of 2001, and were married in Ireland on 11 June 2002. Their daughter Beatrice Milly was born in October 2003. Mills is particularly known for protesting the use of land mines and for leading a campaign to provide prosthetic limbs to victims of war. In 1993 Mills was hit by a police motorcycle, which led to the amputation of her own left leg below the knee. Her autobiography Out On a Limb was published in 1996. In May of 2006, Mills and McCartney announced that they would separate, saying that life in the public eye had made it “increasingly difficult” to maintain a normal relationship. Their subsequent divorce negotiations were covered with intense interest by the British press. The divorce was finalized in March of 2008, with Mills getting a settlement of 24.3 million pounds.

Mills appeared on the U.S. TV show Dancing With the Stars in 2007… Mills fired her lawyers and represented herself in court for the final divorce proceedings with McCartney.

Something in Common with Heather Mills