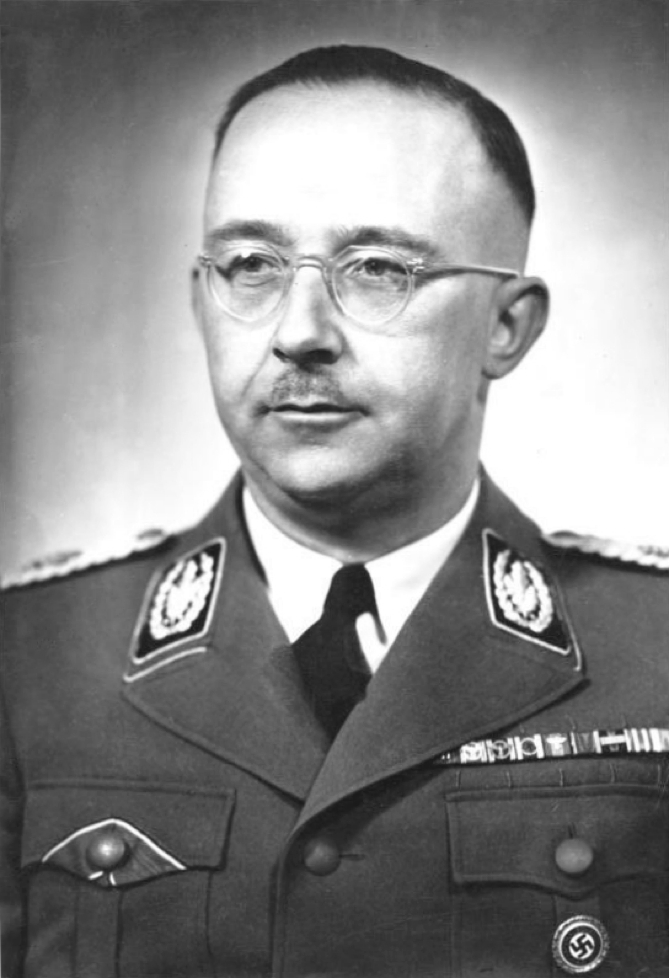 Heinrich Himmler was a high-ranking Nazi during World War II, a member of Adolf Hitler‘s inner circle and one of the primary architects of the Holocaust.

Himmler was a Bavarian chicken farmer who joined the Nazi party early on, participated in the 1923 attempt to overthrow the government (Munich’s “Beer Hall Putsch”) and became head of Hitler’s personal bodyguard, the SS (Schutzstaffel), by 1929.

From 1936 until the end of the war in 1945, Himmler was the head of the Gestapo (Geheime Staatspolizei), a national police force that had absorbed the SS and the national security service, the SD (Sicherheitsdienst).

Adolf Hitler named him the Minister of Interior in 1943, and Himmler controlled the civil service and courts as well as the national police and the secret police.

Even other Nazis were wary of the Gestapo’s broad powers, which included the ability to execute disloyal Germans.

Himmler is said to have been the driving force behind the “Final Solution,” the organized attempt to exterminate Jews. He set up labor camps and concentration camps and organized the incarceration and execution of political enemies, homosexuals and non-Nordics like Poles, Jews and Romani.

He’s said to be responsible for the effort to murder as many as 6 million Jews.

As Germany’s defeat seemed certain, Himmler approached the Western Allies in April of 1945, in an attempt to make a deal for surrender. Word got back to Hitler, who ordered his arrest. Himmler tried to escape to Bavaria under the name of Heinrich Hitzinger, but was arrested by the British on 22 May 1945.

He committed suicide with a cyanide pill the next day.

The 22 May 1945 arrest report by the British described Himmler as “an unimpressive figure with several days growth of beard, long hair, no glasses and a patch over one eye. He was dressed in an odd collection of civilian garments, with a blue raincoat on top.”

Something in Common with Heinrich Himmler