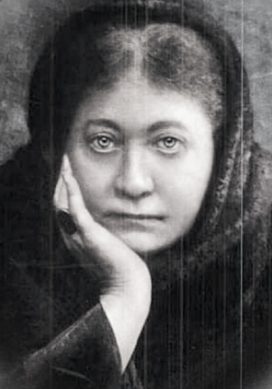 Born: 1831
Died: May 8, 1891
Birthplace: Dnipropetrovsk, Russia
Best known as: The psychic who co-founded The Theosophical Society

Helena Blavatsky called herself Madame Blavatsky, and she enjoyed about a decade of celebrity in the 1870s as a mysterious psychic and a co-founder the Theosophical Society in New York City.

The accepted tale of her past is that she was born into a Russian family with links to nobility, she married an older man and immediately left him and, soon after, her homeland.

Madame Blavatsky popped up in New York in 1873, performing seances and telling stories of her travels in Egypt, India, Tibet and North America, learning ancient wisdom and using her powers to communicate with masters of the astral plane.

She drew many followers, including a New York lawyer and military man named Henry Steel Olcott. Together they founded The Theosophical Society, devoted to research mixing ancient myths and mystical experiences with eastern religions like Hinduism and Buddhism.

Her 1876 book, Isis Unveiled, helped put her ahead of a pack of spiritualists and clairvoyant, and she had a knack for making headlines. A declaration by the London Society for Psychic Research that she was a phony did little to slow her celebrity.

In 1878 she traveled to India to erect a shrine. Blavatsky had a falling out with Olcott and they went their separate ways, with the Madame ending up in England, where she formed the Esoteric Society.

Blavatsky published two more books before she died, The Key to Theosophy and The Voice of Silence (both 1889).

The anniversary of her death, May 8th, is recognized as a holiday, White Lotus Day, by The Theosophical Society.