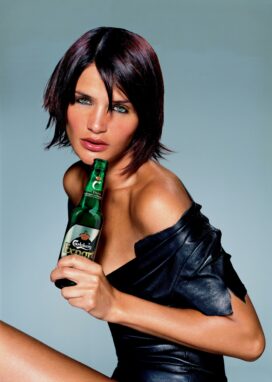 Model Helena Christiansen is probably still best known for playing the mysterious lover on the sand in the 1991 Chris Isaak music video “Wicked Game.” Christiansen’s modeling career took off in the 1990s, when she appeared on catwalks and magazine covers around the world — a leggy, slender brunette with distant ice-blue eyes. She has made many appearances for Victoria’s Secret, both in their catalog and as one of the “angels” in their television ads.

Christensen has a son, Mingus, born in 1999, from her relationship with actor and model Norman Reedus.

Something in Common with Helena Christensen