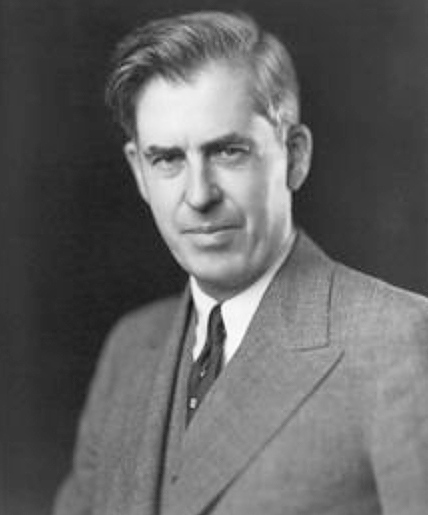 Henry A. Wallace of Iowa was the vice president of the United States under President Franklin D. Roosevelt, from 1941 until 1945.

Henry A. Wallace came from an Iowa farming family — both his father and grandfather edited and published an influential journal, and his father had served as the Secretary of Agriculture under President Herbert Hoover, a Republican.

Known for his scientific knowledge of crops, Wallace was picked by Roosevelt to be Secretary of Agriculture in 1933.

For the election of 1940, Roosevelt picked Wallace as his running mate. An oddball and an idealist, Wallace didn’t quite mesh with the Washington political scene, and his pro-Soviet stance separated him from Roosevelt. In the election of 1944, the Democrats chose Truman over Wallace as the vice presidential candidate.

Wallace is considered by some to have been a visionary for his progressive politics, and by others to have been a lunatic and unwitting dupe of the Soviet Union. He is best remembered for being an unusually active vice president and because he came so close to being the president.

Had Roosevelt stuck with him, Wallace would have been in Harry Truman’s place when Roosevelt died in 1945.

It was Henry A. Wallace who talked Franklin D. Roosevelt into putting the “Eye of Providence” on the reverse of the Great Seal (the eye and pyramid on a one-dollar bill).

Something in Common with Henry A. Wallace