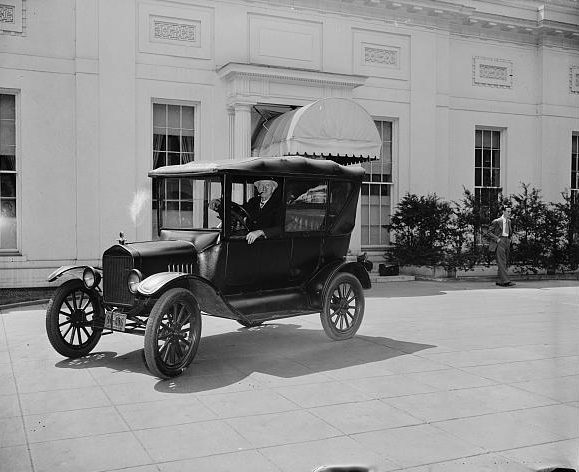 "His 1921 Model T Ford polished to a mirror-like finish, Ernest A. Franke, elderly Washingtonian, drove to the White House executive offices on 27 April 1938 with intentions of showing the ancient model to Henry Ford. 'Where's Henry?' shouted Franke, from the driver's seat, 'I want to show him his old car.' Police declined to allow Franke to await the arrival of Ford, who was due to have lunch with President Franklin Roosevelt."

Photo from the Harris & Ewing Collection at the U.S. Library of Congress, Prints and Photographs Division. Image ID hec 24503.
PREVIOUS

See our biography of Henry Ford 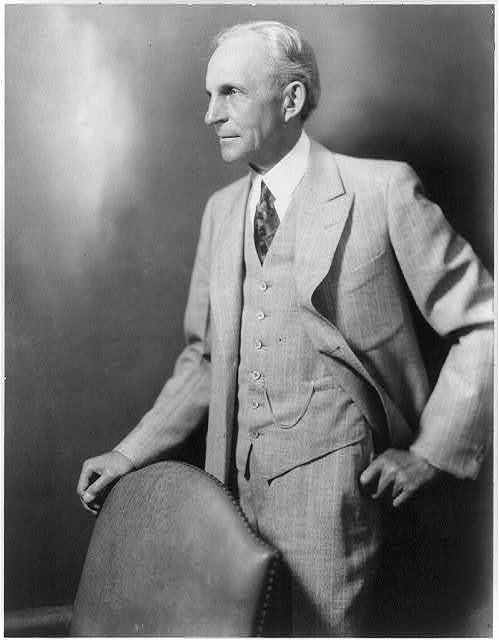 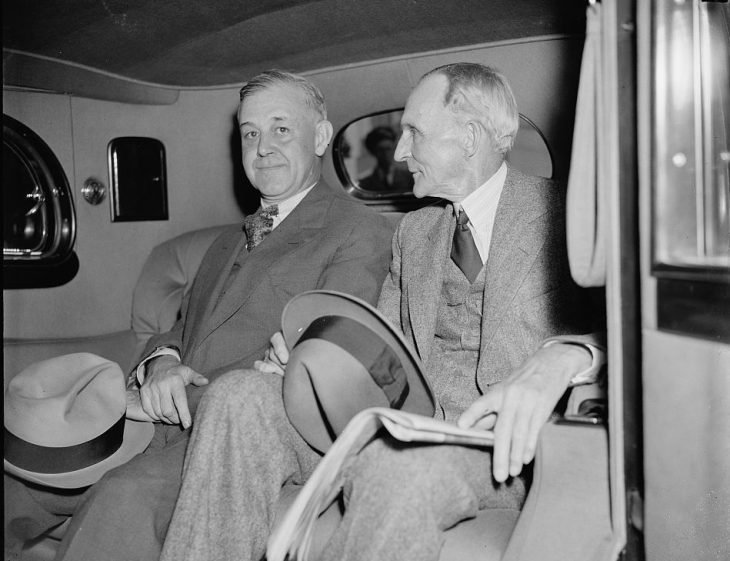