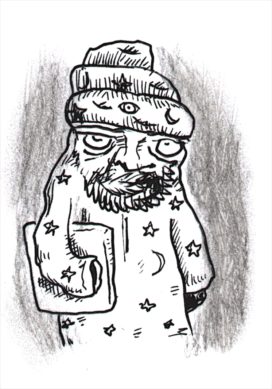 Born: ?
Birthplace: ?
Best known as: The ancient mage behind the 'Corpus Hermeticum'

Hermes Trismegistus — Hermes the Thrice Great — is the attributed source of the Corpus Hermeticum, a collection of revelatory texts foundational to the study of the occult, astrology, alchemy and esoteric knowledge.

When the text was translated in 1471, it was thought by many that Hermes had been the ultimate mage, a master of the secrets of the universe with a path to the divine. The texts were considered ancient, which enhanced their appeal.

Next to nothing is known about Hermes himself beyond legend, including that Hermes was another name (Greek) for the Egyptian god Thoth, the creator of languages and writing. Godlike knowledge, if not essence, has long been attibuted to Hermes Trismegistus.

It has since been determined the text collection dates from between the first and the third centuries of the Christian Era.

After nearly two centuries of popularity during the Renaissance, the Corpus Hermeticum went mostly ignored, dismissed by scholars as misguided science (alchemy) and supernatural hocus pocus.

The Hermetic writings and Hermeticism as a philosophical branch has an “all is one, and one is all” approach (as opposed to the dualism of Gnosticism, for example), and seem to embrace the concept of physical and spiritual transformation.

Their value as a guide to the secrets of the universe are still under debate.