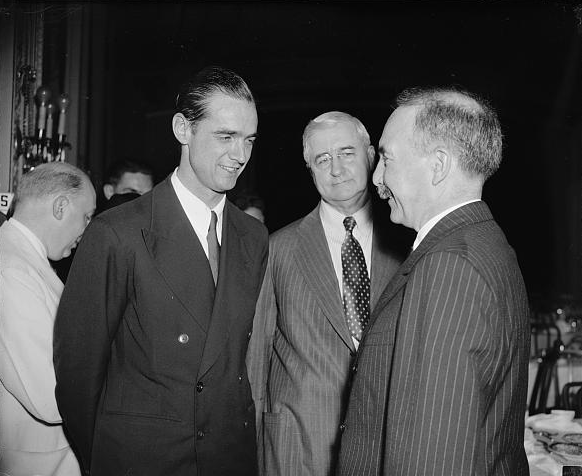 Howard Hughes has a chat in his pre-crazy days

Howard Hughes (left) speaks with Jesse Jones and Rene St. Quentin at the National Press Club on July 21, 1938. Hughes was a hero at the time, having just broken the speed record for an around-the-world flight. This was years before Hughes became more famous for his reclusiveness and outright eccentricities. Jesse Jones was the publisher of the Houston Chronicle and later Secretary of Commerce (1940-45) under President Franklin Roosevelt. Rene St. Quentin was France's ambassador to the United States from 1938-1940.

The photo is part of the Harris & Ewing Collection at the U.S. Library of Congress, Prints and Photographs Division. (LC-DIG-hec-24904)
PREVIOUS

See our biography of Howard Hughes 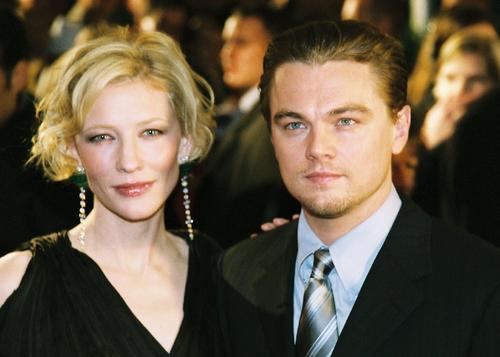 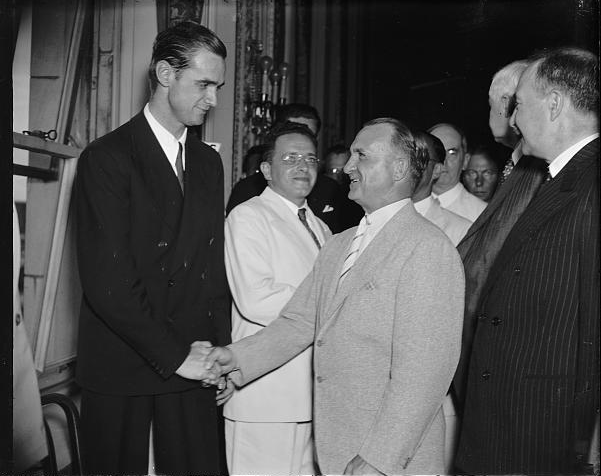