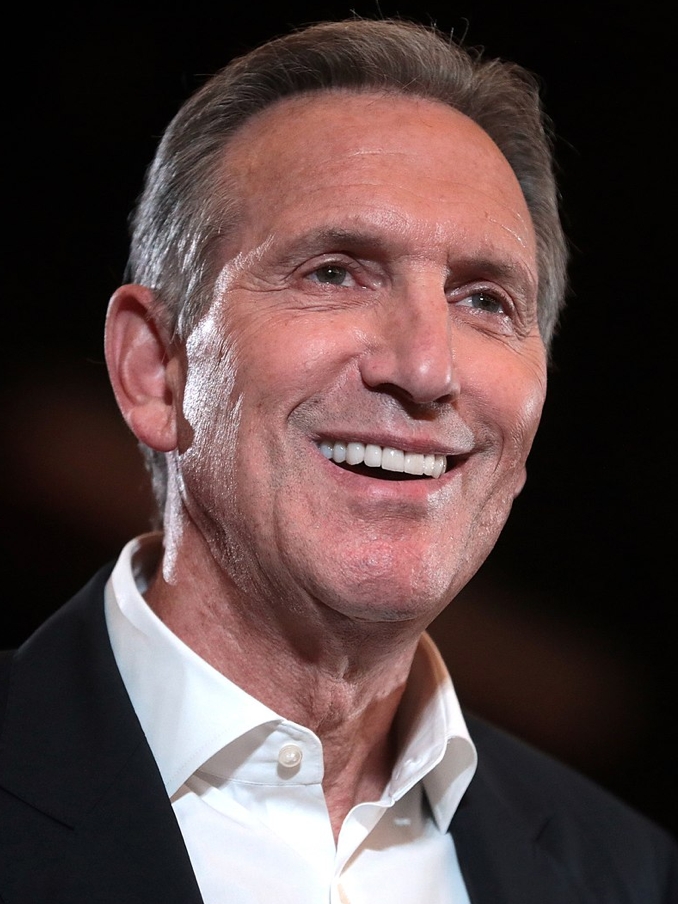 Howard Schultz is the businessman who made Starbucks a household name for coffee drinkers, then turned his attention to flirting with a run for the United States presidency.

He grew up in New York City and earned his college degree in 1975 from Northern Michigan University, where he studied speech communication. After a short time as a Xerox salesman, Schultz got into the coffee business by way of Swedish coffee maker company. That took him to Seattle, Washington, where he encountered Starbucks, at the time a whole bean seller with no café seating.

Not long after, in 1982, he went to work for Starbucks as their marketing director.

In 1985 Schultz left Starbucks to open his own coffee business, Il Giornale, and began to grow the company. Two years later, however, the founders of Starbucks, Jerry Baldwin and Gordon Bowker, sold their retail Starbucks business to Schultz for nearly $4 million.

Under Schultz, Starbucks expanded aggressively to the point of being teased for having so many locations, some within sight of each other. He stepped down in 2000 as Chief Executive Officer to focus on international endeavors, but returned to Starbucks in 2008 when the company was struggling.

Schultz became a man of means (a billionaire), and in 2018 left all positions at Starbucks and went on tour to promote his book, “From the Ground Up,” a memoir of his childhood in public housing in Brooklyn and his story of saving Starbucks from a business crisis.

An outspoken critic of Republican president Donald Trump, Schultz announced in 2018 he was considering a run as an independent in the 2020 election, promising the Democrats he would not be a “spoiler” and help re-elect Trump.

In 2001 Howard Schultz led a team of investors and bought the Seattle SuperSonics, the professional basketball team of the National Basketball Association. Five years later, the team was sold, and in 2008 the team moved to Oklahoma City and became the Oklahoma City Thunder.

Something in Common with Howard Schultz