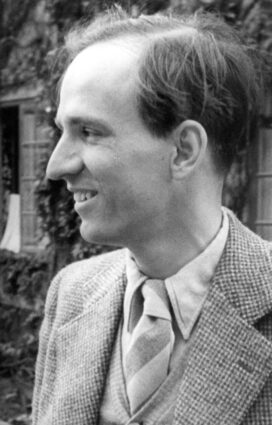 A three-time winner of the Academy Award for best foreign film, Ingmar Bergman was one of the giants of 20th-century cinema. His bleak, artistic, introspective films became the prototypical European “art house” films of the 1960s and 1970s. Bergman worked as a stage director and theater manager before he started directing films in the 1940s. At first known for his technical innovations, he soon became famous for his serious and personal films that wrestled with family relationships and with questions about God and the human condition. (His 1957 film The Seventh Seal featured a character literally playing chess with Death while discussing the existence of God.) Bergman was a major figure in Sweden, and his films were seen in other countries as a reflection of a dour Scandanavian outlook on life. His films include Wild Strawberries (1957), The Seventh Seal (1957, with Max von Sydow as the chess-player), Winter Light (1963), Persona (1966), Cries and Whispers (1972), and The Serpent’s Egg (1977, with David Carradine). Bergman’s last film, the warm and largely autobiographical Fanny and Alexander (1982), won the Oscar as best foreign film. He won the same prize for The Virgin Spring (1960) and Through A Glass Darkly (1961). Bergman was also very active in Swedish live theater, and wrote the memoirs Magic Lantern (1987) and Images: My Life in Film (1990).

Bergman is no relation to actress Ingrid Bergman… He had long collaborations with several actors, including Max von Sydow, Harriet Andersson, Bibi Andersson, and Liv Ullman (with whom he had a daughter, Linn, in 1966)… Bergman was married five times: to Else Fisher (1943-44), Ellen Lundström (1945-50), Gun Grut (1951-59), the pianist Käbi Laretei (1959-69), and Ingrid von Rosen (1971 until her death in 1995)… Besides his three Oscars, Bergman also was given the Irving Thalberg Memorial Award at the 1971 Academy Awards; Liv Ullman accepted on his behalf.

Something in Common with Ingmar Bergman