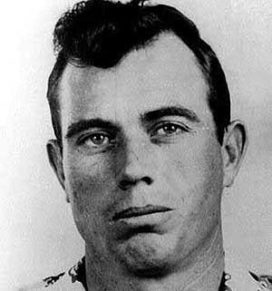 J.D. Tippit was the Dallas police officer who was shot and killed by Lee Harvey Oswald less than an hour after the death of President John F. Kennedy on November 22, 1963.

J.D. Tippit was raised in Texas and earned a Bronze Star as a U.S. Army paratrooper in World War II. After leaving the Army in 1946, he worked a variety of jobs before joining the Dallas, Texas police force as a patrolman in 1952.

On November 22, 1963, Tippit was on patrol in the Dallas neighborhood of Oak Cliff when we was alerted by police radio to the assassination of John Kennedy as the president was riding in a motorcade through Dallas. A short time later, Tippit spotted a man who fit the description of Kennedy’s suspected assassin. Tippit pulled alongside the man, who was indeed Lee Harvey Oswald; as Tippit got out of his car, Oswald pulled a revolver and shot him.

Witnesses to the shooting alerted police and followed Oswald as he ran into a movie theater, the Texas Theater. He was apprehended there by police a short time later. Tippit was rushed to Methodist Hospital, where he was pronounced dead. Oswald was never tried for Tippit’s death, because Oswald was himself shot to death by Jack Ruby two days later.

J.D. Tippit’s funeral was held on November 25, 1963, the same day as the funerals for Lee Harvey Oswald and John F. Kennedy. In 1964 he was posthumously awarded the Medal of Valor from the National Police Hall of Fame.

Something in Common with J.D. Tippit