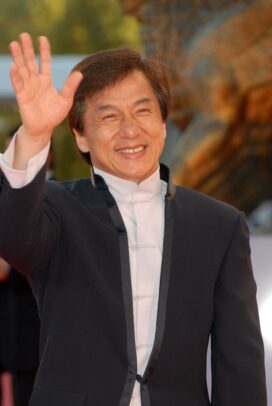 Jackie Chan was already the highest paid actor in Asia, with more than 60 films under his belt, when he finally made it big in Hollywood with the action-comedy Rumble in the Bronx (1995). He has remained one of the world’s biggest films stars well into the 21st century.

Born into poverty, Jackie Chan spent his childhood in rigorous physical training at the China Drama Academy in Hong Kong. In the 1970s he began getting work in Hong Kong action movies as a stuntman, then in small parts as an actor.

By 1980 he was a lead player responsible for his own projects. Chan shunned the Bruce Lee model of the intense, courageous hero in favor of the comic, reluctant hero that became his trademark as he blossomed into Asia’s most popular action star. Chan acted, produced, directed, and performed his own stunts; his well-choreographed fight scenes were often performed with everyday props like ladders or brooms instead of weapons.

Something in Common with Jackie Chan