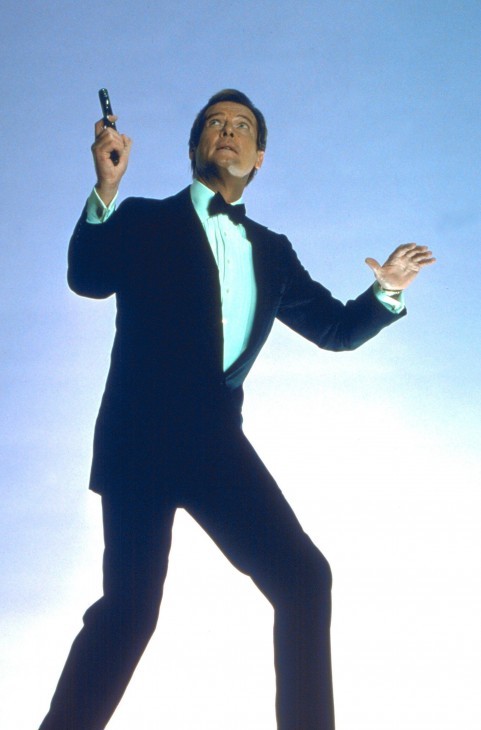 Roger Moore appears as superspy James Bond in a film that is most assuredly not Goldfinger (1964). It should be easy to determine which Bond film this really is by doing a simple search for "The one where Bond wore a tuxedo."

Roger Moore was already too old to play Bond in his first film in the series, Live and Let Die; he turned 46 in 1973, the year it was released. Yet Moore proceeded to play Bond in six more films, through A View To a Kill in 1985, the year Moore turned 58. In that film, a nurse pushed Bond through his paces in a wheelchair that fired twin 45-caliber machine guns in front and trailed an impenetrable smokescreen in back. The sequence where Bond launches his wheelchair ejector seat and lands atop a charging elephant is considered a highlight of the 1980s Bond ouevre.
PREVIOUS

See our biography of James Bond 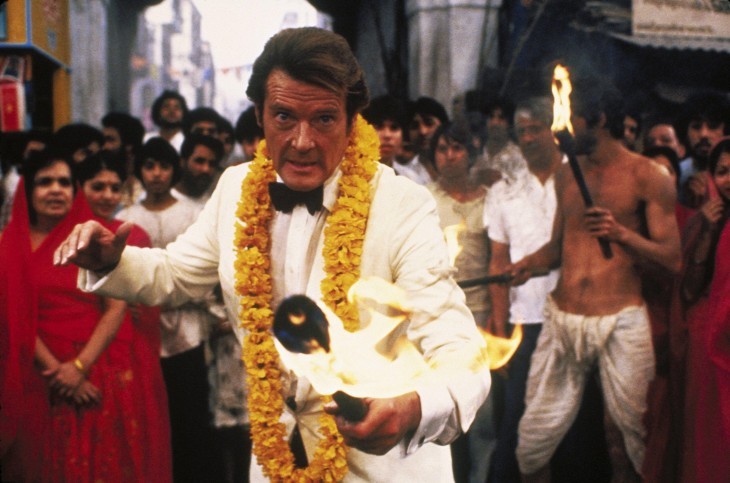 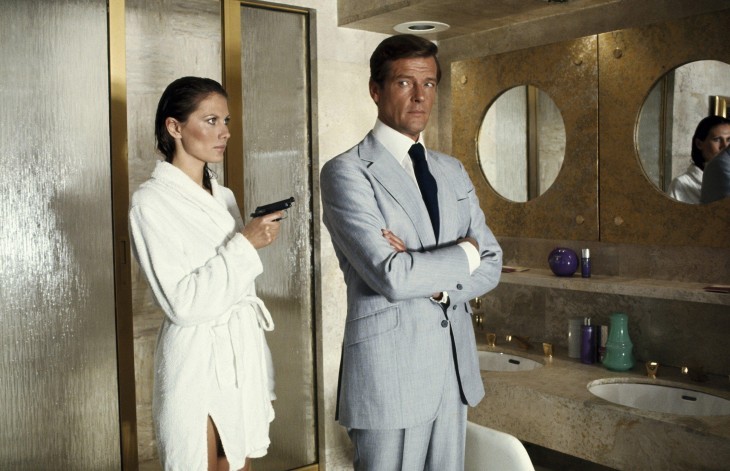