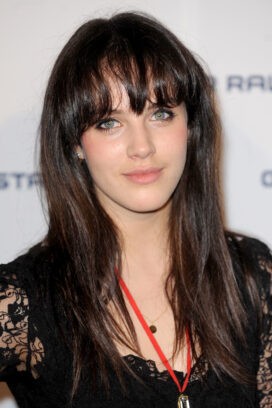 British actress Jessica Brown Findlay’s screen career began with a bang as the politically progressive young Lady Sybil in the television series Downton Abbey. She trained as a dancer from an early age, but as she grew out of her teens a bum ankle kept her from pursuing ballet as a career. She switched to acting, studying at Central Saint Martins College of Art, and after one of her first auditions landed a leading role in the feature film Albatross in 2010, playing a free-spirited, would-be novelist. She got good reviews, but far more people saw her on both sides of the Atlantic as Lady Sybil, a champion of the downtrodden with sultry looks and a husky voice. After leaving Downton Abbey in 2013, Brown Findlay worked in British TV and feature films, including the mini-series Jamaica Inn (2014) and the fantasy-romance Winter’s Tale (2014, opposite Colin Farrell).

Something in Common with Jessica Brown Findlay