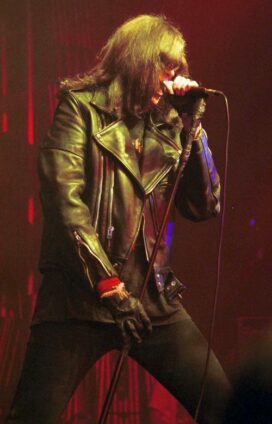 Joey Ramone was the lead singer of The Ramones, the 1970s band that was credited with beginning the punk rock movement. The Ramones played raw tunes, fast and furious, with titles like “Teenage Lobotomy” and “I Wanna Be Sedated.” (The other original Ramones were Tommy, Johnny and Dee Dee.) The band formed in 1974 and finally broke up in 1996 after releasing their last album, Adios, Amigos.

The band’s name was a insider salute to Paul McCartney, who used the stage name “Ramon” very early in his career.

Something in Common with Joey Ramone