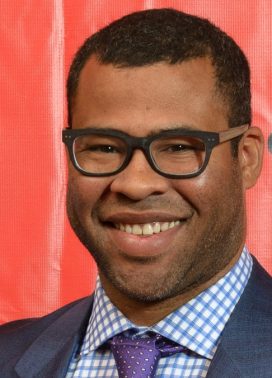 Peele got his start in entertainment in Chicago, after leaving Sarah Lawrence College to pursue a career in comedy in 2001.

His big break came when he joined the comedy TV show MADtv in 2003. That’s where he met Michael-Keegan Key, his partner on the comedy sketch series Key & Peele (2012-15).

Peele has also made numerous guest appearances in several comedy shows and short videos. He was well-known for his Barack Obama impersonation (during the president’s terms in office), and he was nominated for an Emmy for his video parody, “Sad Fitty Cent.”

Peele and Key starred in the 2016 comedy movie Keanu, and Peele then made his debut as a filmmaker by writing and directing the horror film Get Out, the $5 million movie that made over $35 million the first weekend it opened.

Something in Common with Jordan Peele