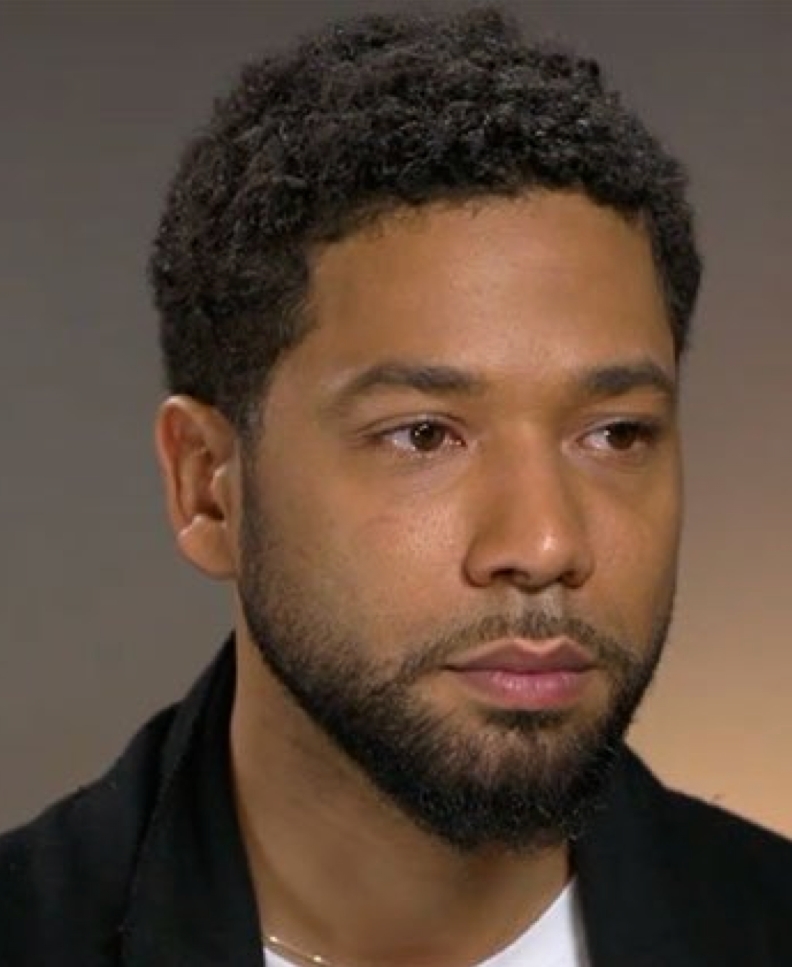 The news from The Guardian

The official site of his TV show, from Fox

A child actor who got his start in films and television in the early 1990s — including a TV series co-starring with his real siblings (On Our Own) — Smollett worked in Hollywood for fifteen years before being cast as one of the troubled sons in the TV drama Empire (2015, starring Terrence Howard and Taraji P. Henson). His turn as a gay musician trying to win his father’s acceptance brought Smollett celebrity and helped get him a part in Ridley Scott‘s Alien: Covenant (2017, starring Michael Fassbender).

Smollett went to the Chicago police claiming he’d been sent threatening letters and had been attacked by two men he associated with President Donald Trump on January 29, 2019. Smollett said the men used homophobic and racial slurs and beat and scratched him.

His co-stars and other celebrities publicly supported him, but questions around the event Smollett described didn’t go away. After an investigation, Chicago police claimed that Smollett had hired the two men, brothers Abimbola and Olabinjo Osundairo, to stage an attack. Smollett maintained his innocence, but his career was already effected: some of his scenes from Empire were cut.

Something in Common with Jussie Smollett