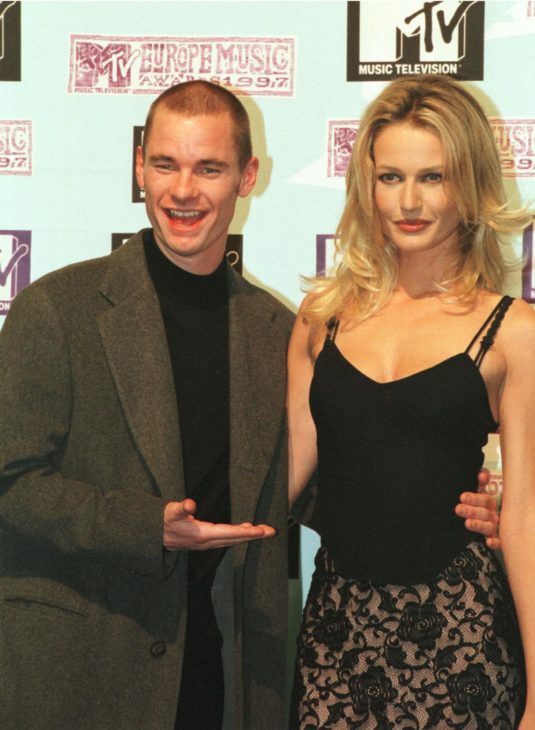 Karen Mulder and Tony Mortimer at the MTV Awards of 1997

Karen Mulder (right) pauses with Tony Mortimer for a photo at the MTV Europe Music Awards of 1997, in Rotterdam, the Netherlands. The date was November 6, 1997. Mortimer is a British musician and songwriter who, in 1997, was just finishing up his stint with the boy band East 17. He was born in 1970, so turned 27 the year this photo was taken.

Karen Mulder, also born in 1970, was popular enough in 1997 that she released her own calendar that year. (That is, a calendar illustrated with photos of her -- she didn't create her own new system of organizing days and years, a la Pope Gregory.) Tony Mortimer seems to be saying, "Look over here at Karen Mulder," an exhortation to photographers which is probably unnecessary.
PREVIOUS

See our biography of Karen Mulder 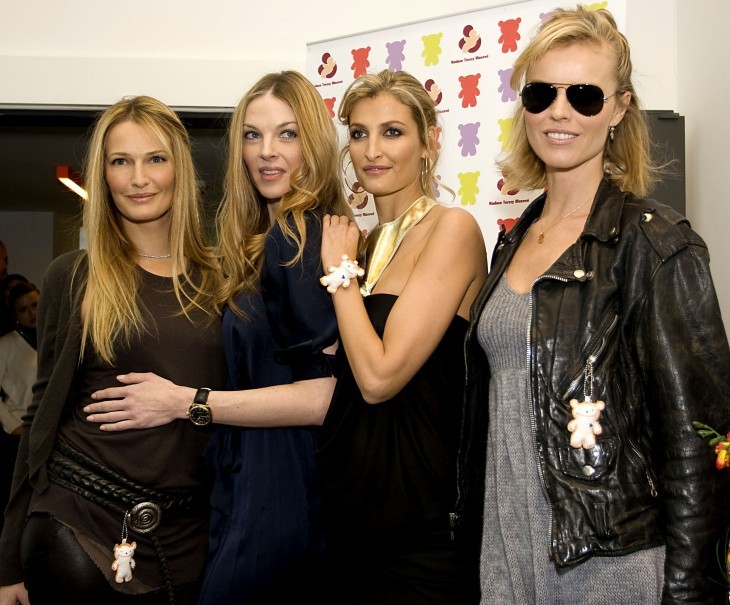 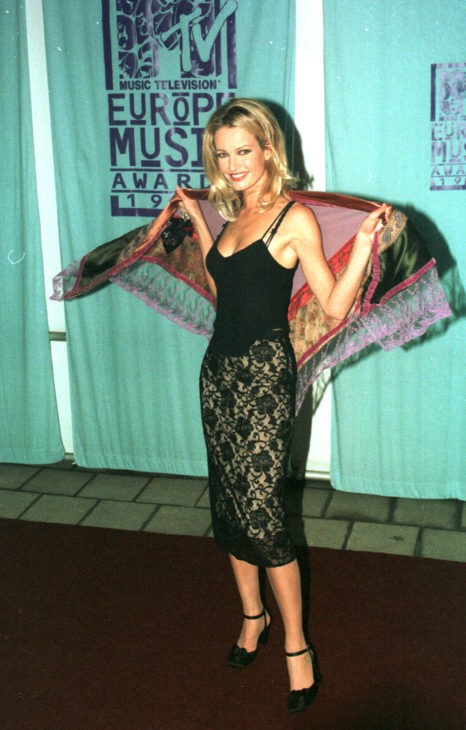