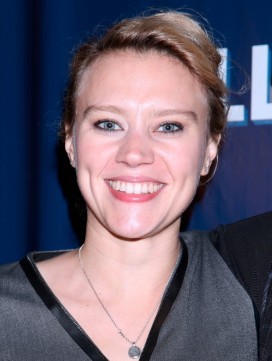 Kate McKinnon’s impersonations and comic flare have earned her Emmy nominations for acting and writing with Saturday Night Live since 2012. She’s perhaps best known for her parodies of former Secretary of State Hillary Clinton.

A 2006 graduate of Columbia University, she began her TV career in 2007 as a cast member of Big Gay Sketch Show. While doing live comedy in New York City, she also did voice work for cartoons, including The Venture Brothers and Ugly Americans. Since joining SNL, McKinnon has become known for her comic and musical talents, including celebrity personations such as Justin Bieber and Ellen Degeneres.

In the movies, she has appeared in dozens of short films and in the features Balls Out (2014), Sisters (2015, starring Tina Fey and Amy Poehler) and the remake of Ghostbusters (2016, starring Kristen Wiig).

Something in Common with Kate McKinnon