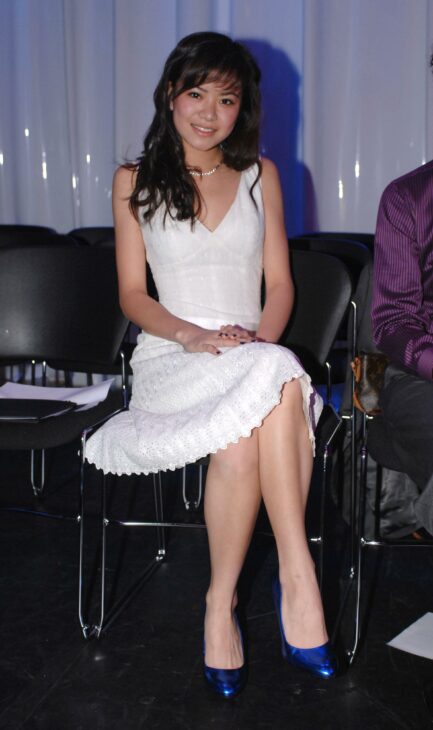 Actress Katie Leung, in luminous blue heels, poses patiently for a photographer at London Fashion Week Spring/Summer 2008. This was during the Ashley Isham catwalk show on September 15, 2007. The location, as the event's name implies, was London, England. Katie Leung was born in 1987, so she turned 21 the year this photo was taken.

At the time, Katie Leung was in the middle of her run as supporting character Cho Chang in the Harry Potter series of films. Cho Chang was the recipient (or deliverer) of Harry Potter's first kiss. In a move that nearly everyone believes was a grotesque mistake, Harry Potter later was made to marry Ginny Weasley instead of the obvious choice, Hermione, leaving poor Hermione to be paired off with dope old Ron Weasley. C'mon. Not that we hold that against Cho Chang. She did her best.
PREVIOUS

See our biography of Katie Leung 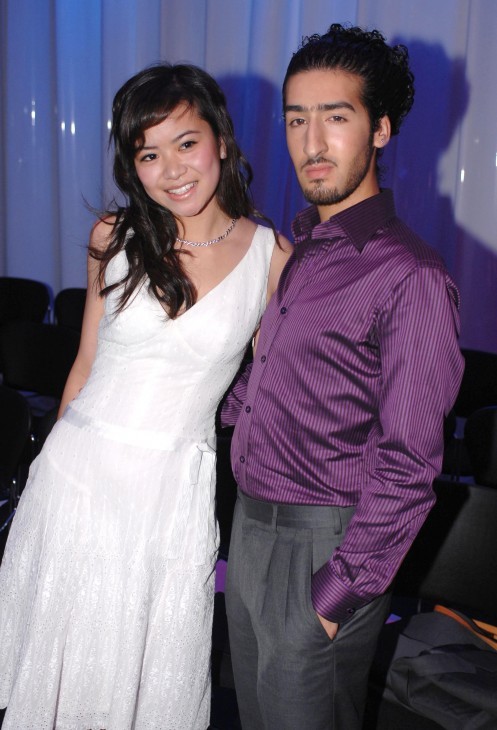 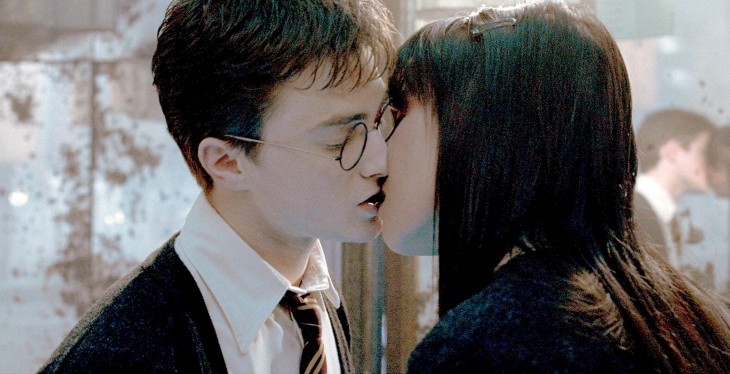