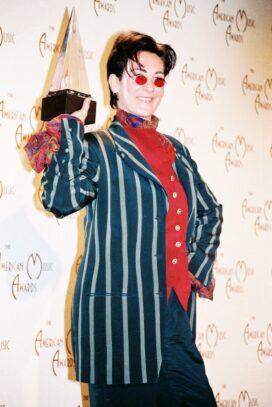 Kathryn Dawn Lang, going by the stage name k. d. lang, began playing with her band, The Reclines, in the early 1980s. She left her native Canada and began recording in New York, releasing her first album in 1984. Throughout the ’80s Lang showcased her voice (and payed tribute to Patsy Cline) in country music with a rock/pop flavor. In 1988 and 1989 she won Grammy awards for country vocals, but by 1992 she was a winner in the category of pop vocals. With a solid fan base and a reputation as one of Canada’s greatest crooners, Lang continues to record and tour.

Something in Common with k.d. lang