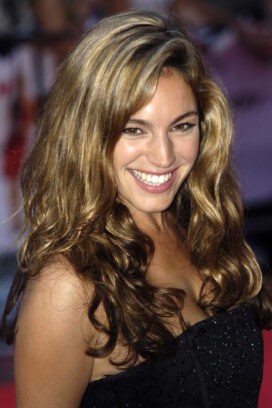 Kelly Brook is a model and television personality from the United Kingdom whose brief 1999 stint on the morning TV show The Big Breakfast propelled her into the world of celebrity. Brook began her professional career as a teen model. On television she has had gigs on The Big Breakfast (1999) and MTV Select, and her physical attributes have made her a favorite in men’s magazines (“lad’s mags”). Her budding acting career has included a regular role on TV’s Smallville and appearances in the feature films Absolon (2003, with Ron Perlman) and The Italian Job (2003, with Mark Wahlberg).

Something in Common with Kelly Brook