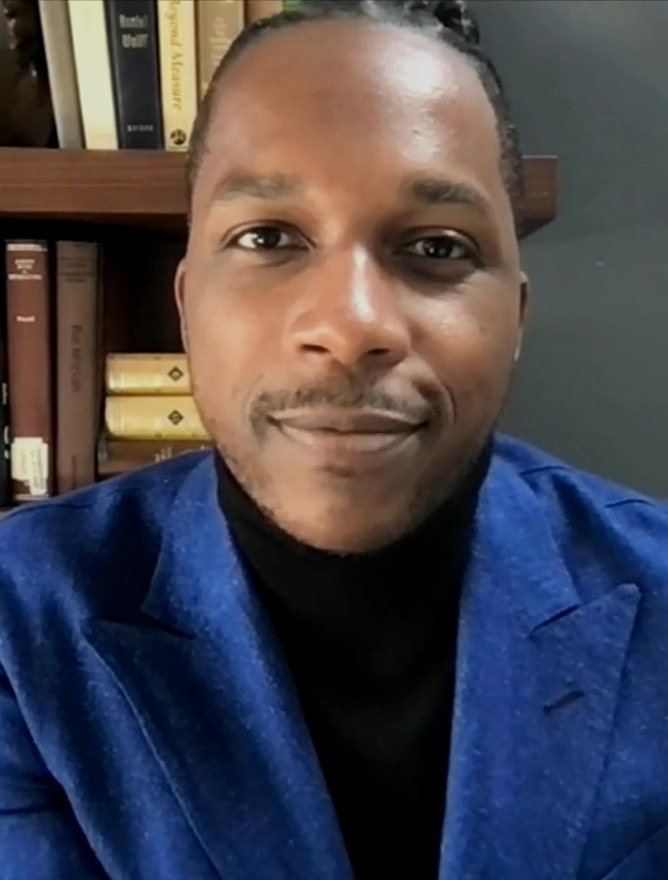 Leslie Odom, Jr. won a Tony award and became a star after portraying Aaron Burr, the villain of the musical Hamilton.

That restarted his screen career, and in 2021 he was nominated for an Oscar for his supporting role in One Night in Miami (2020, he played singer Sam Cooke).

Odom grew up in Philadelphia, and got his Broadway start while he was still in high school. He went to college and graduated from Carnegie Mellon University in 2003.

Odom set out for Los Angeles to make it as an actor, and for the next decade appeared in several television series, including CSI: Miami, Smash, Person of Interest and Law & Order: Special Victims Unit.

He returned to New York and his career turned around with the role of Burr in Lin-Manuel Miranda’s 2015 stage musical based on Alexander Hamilton.

That in turn led to better screen roles, including the film version of Hamilton (2016), 2017’s Murder on the Orient Express and Regina King’s One Night in Miami.

Odom’s TV credits include the series Love in the Time of Corona (2020) and the animated musical series Central Park (2020, the voice of Owen).

Odom is a Grammy winner (for Hamilton) and an Emmy nominee (for Central Park).

Something in Common with Leslie Odom, Jr.