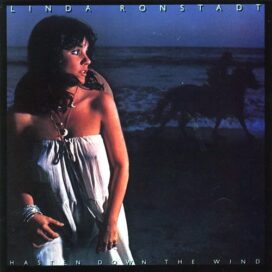 Linda Ronstadt was one of the top-selling female vocalists of the late 1970s, the singer of such hits as “You’re No Good” and “When Will I Be Loved.” After three albums with The Stone Poneys, Ronstadt began her solo career in 1968. Her vocal talent won her rave reviews and her blend of country and rock was a huge success; by the end of the ’70s she was a superstar, with hit albums such as Heart Like a Wheel (1974), Simple Dreams (1977) and Living in the USA (1978). In the ’80s she had success on Broadway in The Pirates of Penzance and began recording albums not targeted toward the modern charts, concentrating on older pop standards and her ethnic roots. Her other albums include Canciones de Mi Padre (1988), Frenes (1992), Feels Like Home (1996), Dedicated to the One I Love (1996) and We Ran (1998).

In the late 1970s Ronstadt made headlines for dating California’s governor, Jerry Brown… Many of Ronstadt’s hit records have been covers of other hits, including Roy Orbison‘s “Blue Bayou,” The Rolling Stones‘ “Tumbling Dice” and Warren Zevon‘s “Poor, Poor Pitiful Me.”

Something in Common with Linda Ronstadt