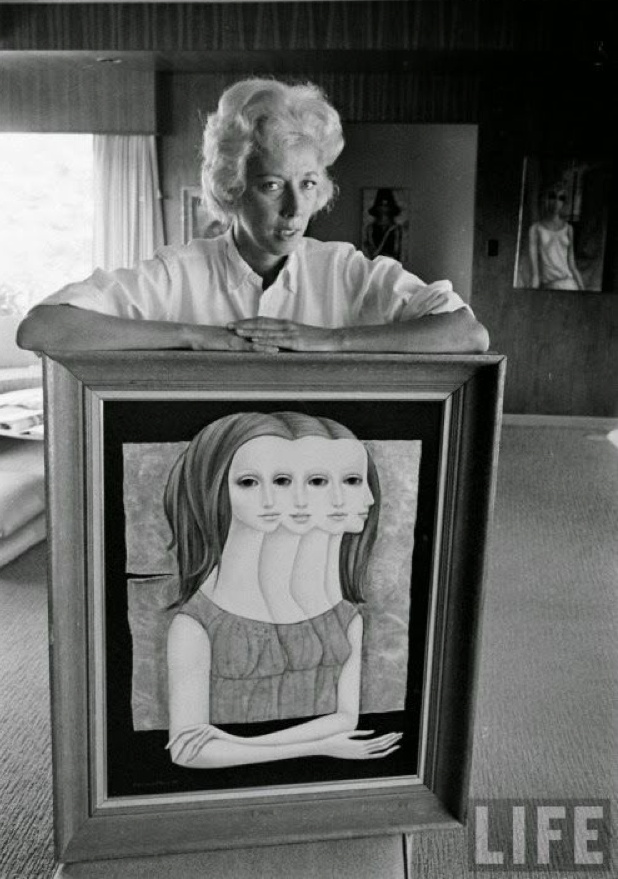 Margaret Keane was an artist whose paintings of big-eyed waifs sold by the millions during the 1960s — while her husband took all the credit.

Walter Keane was her second husband, and with a flamboyant gift of gab he set up a gallery in Los Angeles and began selling Margaret’s paintings as his own in the 1950s.

Although the paintings were snubbed by the fine art world, Walter hobnobbed with Hollywood celebrities, and Margaret painted portraits for the likes of Jerry Lewis, Joan Crawford and Kim Novak.

Walter expanded the business to include everything from cheap posters and toys to high-priced originals; by the mid-1960s, originals sold for thousands of dollars and posters could be found in any dime store for a couple of bucks.

Walter posed for national magazines with brushes and half-finished paintings, and appeared on TV to talk about “his” paintings, while Margaret was back home doing the real work.

She finally left him in 1965 and, after remarrying, revealed the truth in 1970. To prove she was the real artist, Margaret challenged Walter to a “paint off” in San Francisco, but he didn’t show.

He maintained the fraud until she sued him in federal court, where another “paint off” was held in 1986. Margaret painted an original in about an hour, but Walter declined to participate, citing a shoulder injury. Margaret won the court case and continued her art career.

Despite being sneered at as kitsch, her paintings have their fans and originals are now considered collectors’ items and fetch a high price.

Tim Burton made a movie about the Keanes, starring Amy Adams as Margaret and Christoph Waltz as Walter, called Big Eyes (2014).

Something in Common with Margaret Keane