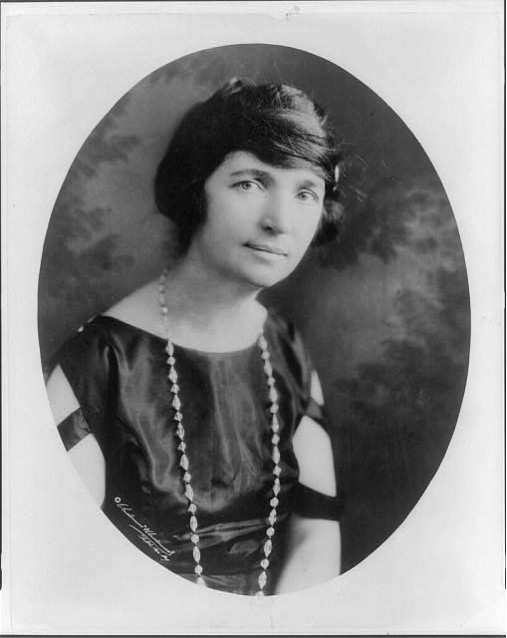 Margaret Sanger was a nurse in the poor neighborhoods of New York City when she founded the first birth control clinic in the U.S. in 1916 with her sister, Ethel Higgins Byrne, and Fania Mindell.

At the time it was illegal to publish and distribute information on contraception and the prevention of sexually transmitted diseases.

Sanger launched the early feminist newspaper, The Woman Rebel, in 1914.

An advocate for contraception and women’s rights, Sanger is credited with coining the term “birth control.” She founded the American Birth Control League in 1921.

Later the organization became the Planned Parenthood Federation of America.

Margaret Higgins married architect William Sanger in 1902. They had three children, but became stranged in 1913 and were divorced in 1921… She was married to J. Noah Slee, the president of the 3-IN-ONE Oil company, from 1922 until his death in 1941… According to the Margaret Sanger Papers Project, Sanger was born in 1879 rather than the often-listed date of 1883: “She provided inaccurate dates to contemporary biographical dictionaries, which is why so many sources have the 1883 date”… Margaret Sanger’s brother Bob Higgins was inducted into the College Football Hall of Fame as a coach in 1954; he coached at Penn State, Washington University in St. Louis and West Virginia Wesleyan.

Something in Common with Margaret Sanger