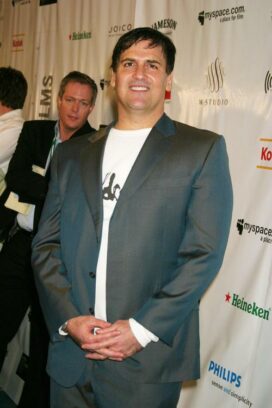 Entrepreneur and technology investor Mark Cuban is best known as the loud and enthusiastic owner of the Dallas Mavericks, a professional basketball team from Texas. He grew up in Pennsylvania, went to college in Indiana and settled in Texas in 1982. He went into the software business as MicroSolutions and became a millionaire when he sold the company in 1990. He co-founded Broadcast.com in the 1990s and became a billionaire after Yahoo! acquired the company in 1999. Cuban bought the Mavericks in 2000 and his flamboyance and hands-on approach made him one of the most famous owners in the NBA. In addition to owning the Mavericks, he has various investments in high tech and entertainment, most notably HDNet, a satellite television network, and 2929 Entertainment, a film and video production and distribution business. As owner of the Mavericks Cuban makes the news for his outspoken opinions — his complaints about officiating have brought on more than $1 million in fines — but he’s also known as a committed owner who took the Mavericks from a lowly position as perennial losers to the NBA Finals in 2006 (they lost to Dwyane Wade and the Miami Heat).

Cuban appeared in 2007 as a contestant on Dancing With the Stars and was eliminated after four weeks.

Something in Common with Mark Cuban