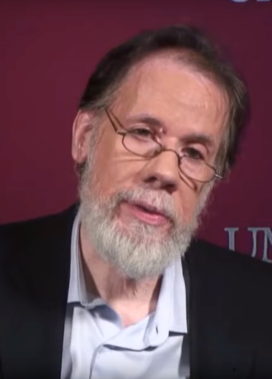 He published his first collection in 1982, The Immigrant Iceboy’s Bolero (with photos by his father, Frank Espada).

A graduate of the University of Wisconsin-Madison and Northeastern Law School, Martín Espada was once a lawyer for low-income, Spanish-speaking immigrants outside of Boston, reflecting the social activism of his father, an immigrant from Puerto Rico.

Now a teacher at the University of Massachusetts in Amherst, Espada has published more than a dozen books of poetry, as well as collections of essays (including Zapata’s Disciples, which was banned in Tucson, Arizona for a time because it was part of a Mexican-American studies program).

Espada’s poems are political and driven by an urgency for social justice, but they are not without humor and are part of the poet-as-storyteller tradition.

He was won many awards and prizes, and his poem “Alabanza” has been anthologized many times.

Something in Common with Martín Espada