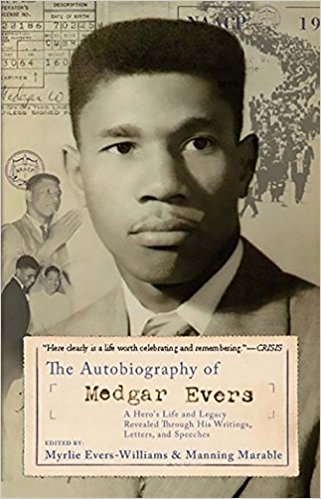 Medgar Wiley Evers is the Black civil rights activist who was murdered in 1963 in Jackson, Mississippi.

A World War II veteran and a graduate of Alcorn College, Evers began working in 1952 for the National Association for the Advancement of Colored People (NAACP). From his home in Jackson, Evers traveled Mississippi trying to encourage voter registration and working to enforce federally-mandated integration laws.

On June 12, 1963, hours after President John F. Kennedy gave a televised speech condemning segregation, Evers was shot in the back by a high-powered rifle while returning home. He crawled to the house and collapsed in front of his wife and three children; he died an hour later.

The rifle found at the scene belonged to Byron De La Beckwith, a member of the all-white Citizens’ Council, a statewide group opposed to racial integration. De La Beckwith was tried twice, but both trials ended with a hung jury and he was released.

Nearly 30 years later, thanks to the persistence of Evers’s widow, Myrlie Evers-Williams, the case was reopened. De La Beckwith was tried and convicted in 1994, with the conviction upheld by the state Supreme Court in 1997; he was imprisoned and died in prison 2001.

Myrlie Evers-Williams published For Us, The Living in 1967, and Beckwith’s trial was the basis for the 1996 film Ghosts of Mississippi (starring Whoopi Goldberg).

Myrlie Evers-Williams was the first woman chair of the NAACP (1995-98)… Medgar Evers was interred at Arlington Military Cemetery; he qualified due to his service in the U.S. Army from 1944-46… In Byron De La Beckwith’s first two trials, the juries were all white; in his last trial, the jury had eight blacks and four whites… For Us, The Livingwas adapted by Ossie Davis and made into a TV movie in 1983, starring Howard Rollins, Jr. as Medgar Evers.

Something in Common with Medgar Evers